The Woman Who Cussed Out Trump Is a Maggie Hassan Intern

She's been suspended for a week for yelling "fuck you" at the president. 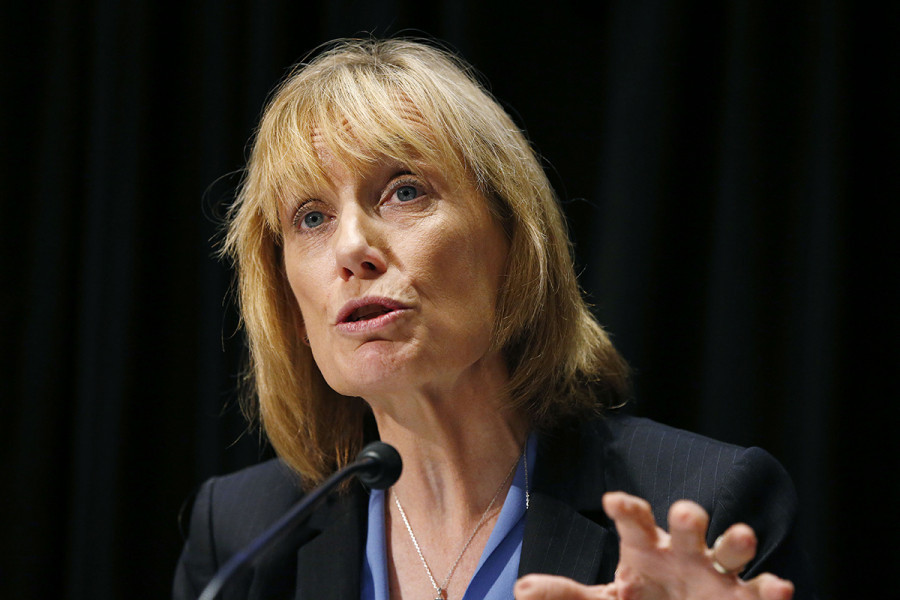 The gutsy young woman who went viral after yelling “fuck you” at the president has been identified as an intern in the office of New Hampshire Sen. Maggie Hassan, and she’s been suspended for a week.

Video of the incident from a week ago, which has since been shared far and wide, does not show the culprit’s face, but it captures audio of the intern’s message for the family separator-in-chief as he walked through the Capitol Rotunda: “Mr. President, fuck you!”

LISTEN: As Pres Trump’s entourage entered Speaker Ryan’s office in the Capitol, someone on the other side of the Capitol rotunda yelled: “Mr. President, F—k you!!” (He entered about 15 seconds later): pic.twitter.com/KHp16LYMoF

It was only a matter of time before we figured out who it was. Capitol police were reportedly on the lookout for her. Fox News was the first to report her name—she’s a 21-year-old named Caitlyn Marriott—and Hassan’s staff has since confirmed it.”We are aware of the situation and have taken disciplinary action, including a one-week suspension and revoking her Congressional intern ID badge, thereby restricting her access to the Capitol, in response to her breach of office policies regarding respectful and appropriate conduct,” Hassan communications director Aaron Jacobs Jacobs said in a statement to the New Hampshire Union Leader. “We also facilitated contact with Capitol police.”

The video made the rounds at a time when decorum-loving pundits have been debating exactly how much discomfort is OK to inflict on people who may or may not have it coming, and how rude you can be to people who make a living defending Donald Trump. Those who think it is in fact good and fine to heckle people like DHS Secretary Kirstjen Nielsen while they enjoy a meal at a Mexican restaurant after unleashing a harsh “no tolerance” policy at the Mexican border, or call vicious immigration hawk Steven Miller a fascist (also at a Mexican restaurant), have celebrated the bravery of the young woman for taking the message to the man himself. “It was a sorely needed message delivered directly,” wrote Luke O’Neil for Observer (O’Neil is an occasional Boston contributor).

Who knows, in these combative times, she might even parlay this moment of infamy into a prosperous career. “Hire her,” Jezebel’s Lauren Evans wrote today. “Hire her now.”