Ethel Kennedy, 90, Is Going on a Hunger Strike

She's taking part in a fast for the Break Bread Not Families campaign. 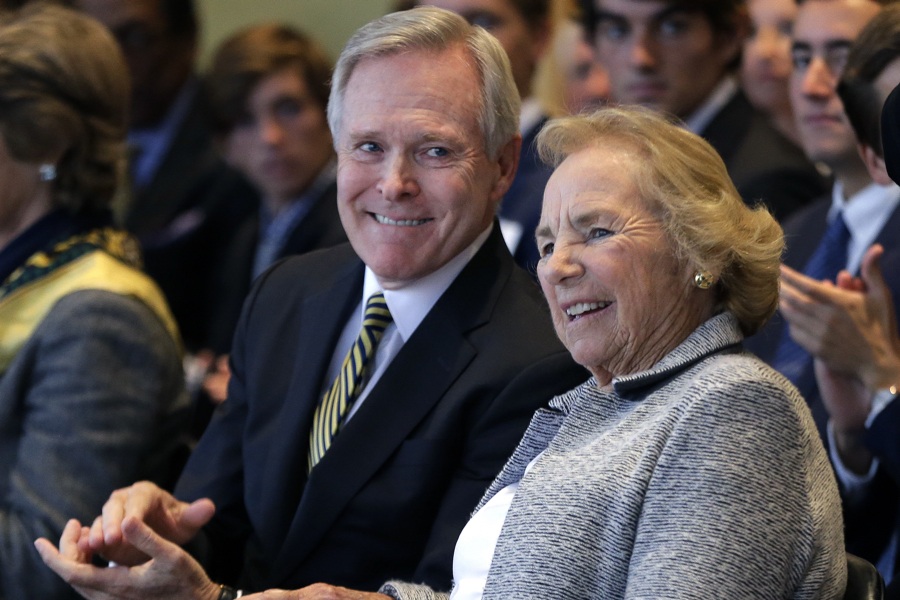 In protest of the Trump administration’s “zero tolerance” policy at the border, Ethel Kennedy, the 90-year-old widow of Robert Kennedy, will go on a one-day hunger strike in support of the Break Bread Not Families campaign.

She’ll be joined by a handful of politicians, including Sens. Ed Markey and Elizabeth Warren and Reps. Katherine Clark and Joe Kennedy III (who is also her grandson), who will take part in 24-hour fasts over the next 24 days—the number a nod to the 2,400 migrant children separated from their parents.

“Generations of Americans did not toil and sacrifice to build a country where children and their parents are placed in cages to advance a cynical political agenda,” Kennedy said in a statement to the Globe.

Those who participate in the protest are invited to donate the money the would have spent on food. Proceeds support three groups that help immigrants: the Cesar Chavez-founded community union LUPE, the Texas Civil Rights Project, and the bilingual media platform Neta.

Organizers, which include the nonprofit Robert F. Kennedy Human Rights, say they also plan to protest the immigration policy at a prayer chain in McAllen, Texas.

Other celebrities have also jumped on board, including Martin Sheen, Alec Baldwin, and Catherine Keener.