Charlie Baker Just Signed Off on a $15 Minimum Wage

The so-called "grand bargain" is a long-sought, if imperfect, victory. 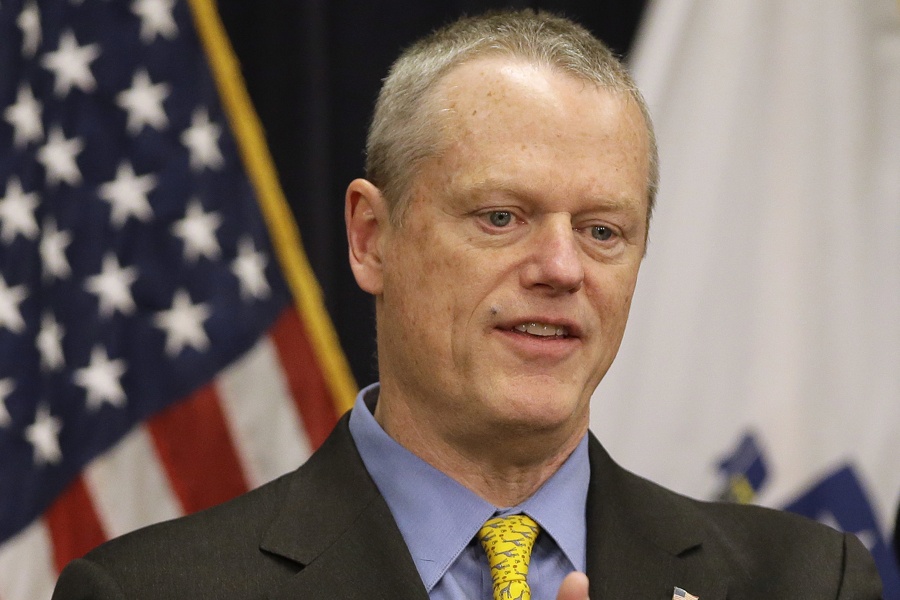 A $15 minimum wage has long been a goal of activists around the country and in Massachusetts, a hard number to strive for in an effort to give workers a better shot at affording to live and work here. On Thursday, Gov. Charlie Baker signed off on a bill that will make it happen.

He lent his signature today to a so-called “grand bargain” bill that will increase the wage of thousands of workers from $11 to $15 over the next five years and implement a new family and medical leave program that will guarantee time-off for employees in dire situations. At the same time, it will eliminate mandatory time-and-a-half pay for Sundays and holidays and cement in law an annual sales tax holiday in August.

In exchange, groups that had sought ballot questions to accomplish similar goals have agreed to drop them. That includes a bid led by business interests to cut the state sales tax from 6.25 percent to 5 percent.

“I am thankful that all parties came together, compromised and found common ground to produce a better set of policies than what the ballot questions represented,” Baker said in a statement Thursday. “The Massachusetts workforce continues to grow with more and more people finding jobs and our administration is committed to maintaining the Commonwealth’s competitive economic environment.”

Raise Up Massachusetts, a coalition of faith and labor groups, have chalked this up to a major win, even if they didn’t get everything they wanted from this major legislative undertaking.

“Because of the incredible work of dozens of grassroots organizations and thousands of volunteers who collected signatures to qualify our questions for the ballot, Massachusetts workers will have a $15 minimum wage and the strongest, most progressive paid family and medical leave program in the nation,” the group said in a statement earlier this week. “We’ve won the Fight for $15.”

Still, they say they are “profoundly disappointed” the bill does not preserve time-and-a-half, and are not thrilled with the lower-than-they-wanted increase in pay for tipped workers, like servers in restaurants, whose minimum hourly pay will jump only from $3.75 to $6.75. The group suffered another blow earlier this year, when the state’s highest court ruled against its proposed “millionaire’s tax,” a surtax on income over $1 million a year that would have raised billions for schools and transportation.