The newest unofficial member of the Massachusetts Congressional delegation hasn't been named just yet. 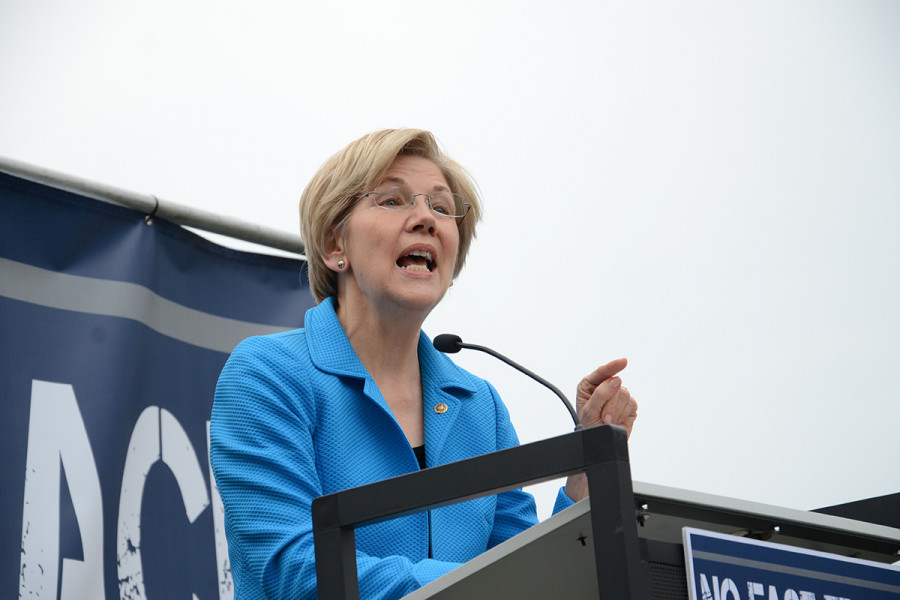 From her trip to a U.S. Border Patrol facility in McAllen, Texas, to her full-throated commitment to fight to preserve Roe v. Wade in the wake of Justice Anthony Kennedy’s retirement, the senator has had a busy few days. But she’s got a new fluffy companion to help ease the stress of her legislative docket.

When I got back from Washington on Thursday night, Bruce had someone new waiting for me. There’s a lot of pain and chaos in the world right now — we decided to bring a little gentleness and normalcy into our lives. Meet our new puppy (name TBD). He’s a sweetie. pic.twitter.com/awn8p3Y2BO

Would you just look at that sweet face?

The unnamed dog was waiting for Warren when she returned to Massachusetts on Thursday, the senator wrote on Twitter, and his very presence is a reminder that there’s a world outside combative politics.

“There’s a lot of pain and chaos in the world right now,” Warren wrote. “We decided to bring a little gentleness and normalcy into our lives.”

We’re soothed just looking at this serene picture. The no-name pup appears to have golden, plush fur, and is, based on this one flash of brilliance, a very good boy thus far. We welcome him to the Bay State.

Several Twitter and Facebook users offered up name ideas for the newest addition to the Massachusetts delegation, including “Persistence” (Percy for short, of course); “Mitch” (after Senate Majority Leader McConnell); and “Norm” (sure).

Warren is not, of course, the first politician to own a stupendously adorable pup. Sunny and Bo Obama, the former first dogs, are celebrities in their own right; Gov. Charlie Baker’s pup, Lucy, has featured prominently in his campaign ads; and Otis, a beautiful golden retriever, was part of Warren’s family for more than 7 years.

Luckily for the senator and TBD Warren, Boston is chock-full of excellent dog parks, swimming holes, and scenic spots to enjoy. We just hope the lil’ guy gets a name soon.