Visitors to the Massachusetts Archives and Commonwealth Museum can gawk at the founding document from 9 a.m. to 3 p.m. on Independence Day. 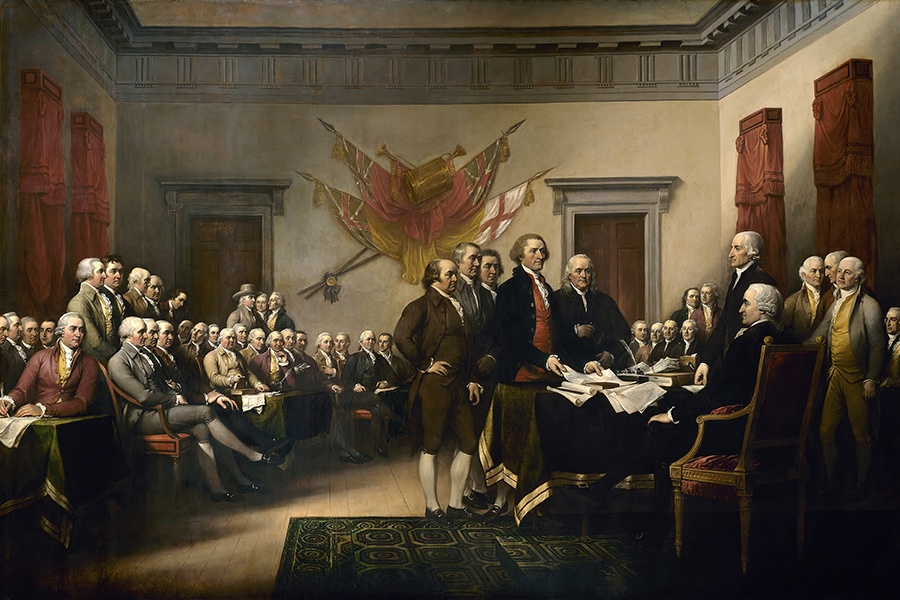 Declaration of Independence by John Trumbull. Photo via Wikimedia Commons

The Declaration of Independence is surely on the A-list of American artifacts, and on the Fourth of July, Boston will roll out the red carpet for the famous document.

One of just 14 original copies of the Declaration of Independence will be on display at the Massachusetts Archives and Commonwealth Museum on Wednesday, according to the Secretary of State’s office, and visitors will have the chance to gawk at John Hancock’s John Hancock for free from 9 a.m. to 3 p.m.

On July 5, 2017, more than 1,600 people took a look at the signed Declaration of Independence when it was on display, according to the Associated Press.

The document was sent by the Continental Congress to Massachusetts during the Revolutionary War, according to the State House News Service, and was printed in Mary Katherine Goddard’s shop in Baltimore. Goddard, called a “Founding Mother” by the Washington Post, was the second printer to issue copies of the Declaration of Independence and the first to include the original signers’ names on it.

In addition to the Declaration, the Treaty of Watertown and a letter sent to the state’s General Court from George Washington will be on display at the museum, SHNS reports. The Treaty of Watertown, signed in July 1776, is considered the first treaty to acknowledge American independence, and it established an alliance between the new nation and two Native American tribes. In his letter, Washington announced that the Continental Congress had declared independence, according to the AP.