The two-year-old festival will be sidelined in the face of construction. Plans for the renovated plaza emphasize accessibility and include a new seasonal fountain. 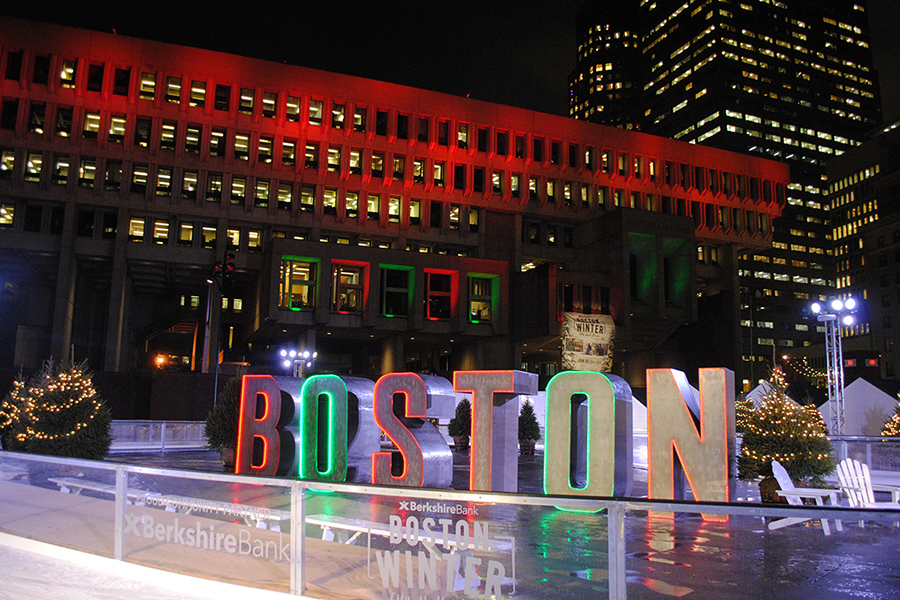 No, we don’t mean “canceled” in the “this famous person did something bad, so I don’t like them anymore” sense.

And no, we don’t mean we’re jumping straight from October to April this year. (Though, how great would that be?)

We’re referring to Boston Winter, the two-year-old holiday festival and ice-skating extravaganza that overflows with homemade crafts, mulled wine, and spirit. City Hall Plaza’s long-planned makeover is on the horizon, officials told the Boston Globe, but Boston Winter must be sacrificed to make the changes a reality.

Plans for the $60 million overhaul include infrastructure upgrades, shaded gathering spots, and a seasonal fountain, the Globe reports. And reinvigorating the Government Center area is about more than making it an appealing place to hang out, officials said.

“We are recommitting to our vision and moving forward with our plans to make City Hall the civic heart of our city,” Mayor Marty Walsh said in a statement to the Globe. “These improvements are not only necessary for the long-term viability of City Hall and the plaza, but are an important part of our plan to make these spaces a destination for years to come.”

Launched as part of Walsh’s plan to rejuvenate City Hall Plaza, Boston Winter attracted more than 300,000 people between the Friday after Thanksgiving and December 31 last year, officials from Boston Garden Development Corp. told the Globe. But it hasn’t been all mistletoe and jingle bells for the fair. Boston Garden and Millennial Entertainment, a subcontractor responsible for vending and concessions at the festival, are tangled in a legal battle, and the latter disputes the 300,000-person attendance estimate. Organizers also had to eliminate plans for attractions like a Ferris wheel due to the plaza’s infrastructure, the Globe reports.

Major construction on City Hall Plaza is planned for the beginning of next year. The plaza’s summer beer garden, The Patios, will continue through the fall.