Ron the Sea Lion Pup Has Turned One 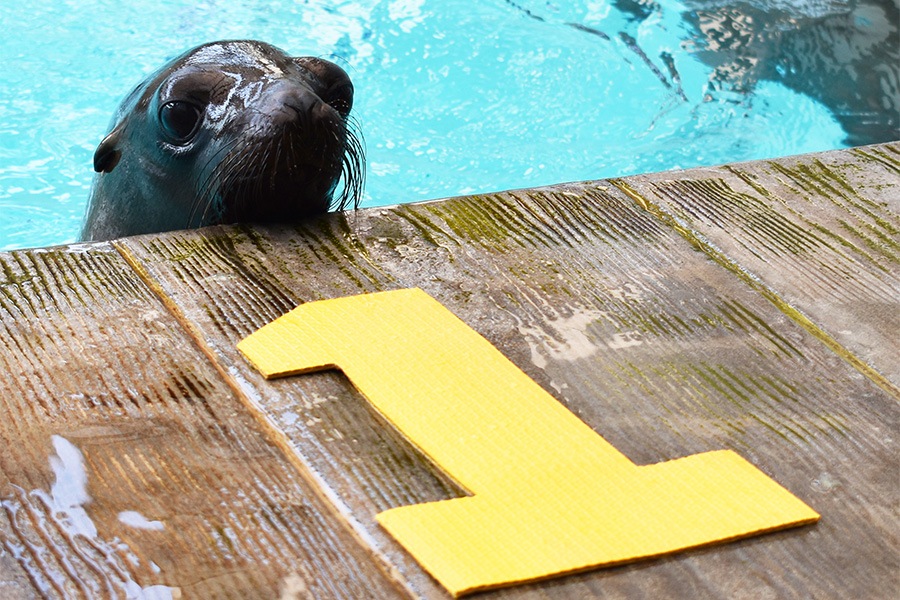 We’re not sure about the rest of you, but we here at Boston are big fans of Ron the sea lion pup, one of the New England Aquarium’s finest residents. You may have noticed this from our previous coverage of him. But what you might have missed was that this excellent gentleman is now one year old. We get it, the news cycle moves quickly, you’ve got big plans for the mid-week holiday. That’s why we got Kathy Streeter, marine mammal curator, on the phone to tell us a little bit about the guy, and his mom, Tipper.

The Facts about Ron

Age at which he’ll be an adult: Seven or eight years

So he’s still a pup: Yep

Age at which he started swimming: 3 weeks

How Ron learned to swim: “[Tipper] laid flat on the bottom of the pool right below where he was, and was staring up at him, and he kept looking and looking and looking to try to see her better and get closer to her, and he had no option but to eventually fall in. And she immediately pulled him out, and she did that a couple times–would call him or go under and wait for him to come in and she would pull him out just to let him get used to being in the water. He wasn’t strong enough to get out on his own anyway and she seemed to know that.” 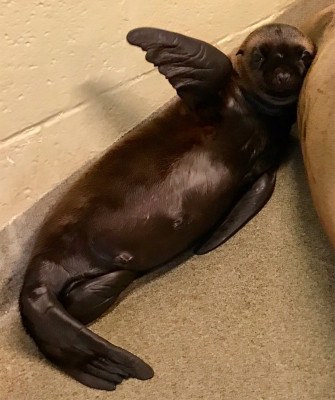 And then: “Then a couple of days after those drop-ins, she started to wait a little bit, like a couple of seconds, like thirty seconds, and let him try to get out, and then she’d boost him out so he started to build up his muscles in his flippers and chest so he could swim.”

Age at which he met someone besides his mom: One month

Who he met: Luna, a young fur seal

Age at which he met the other sea lions: One and a half months

How the other sea lions and the fur seals reacted: “They were all incredibly tolerant of anything and everything he did.”

How this looked: “It’s ridiculous. He’s so tiny compared to them.”

Does he ever get in trouble: “Not yet. We try to make it so there’s not much chance of mischief, but probably the only mischief he’s done is not wanting to share, so basically we’ve taught him to share now so he doesn’t get so upset if someone wants a pool or to play with something he’s playing with.”

What a wonderful young fellow. Does he eat solid food yet: “No, he plays with fish a lot, but it’s not his thing yet.”

What have the staffers learned from this paragon of virtue: “Well, I think they were all really surprised at how bossy he got, so fast.”

Uh oh. How’s Tipper’s parenting: “We were really pretty struck by how deliberate her training and teaching of him was to not go in the water and when to come to the water, and she was just so protective and aware of how much he could take when he was in the water. That was really wonderful, actually, to see that kind of attentiveness in a very calculated way. It was amazing. After she knew he could handle being underwater at all for a second, she just sat like a foot from him and watched him try, watched him try, and then decided, he’s had enough and would help him out and she just kept doing that and helping less and less. It was very gradual, and it was very cool in that regard.”

What a mature and accomplished parent. Does he have any other toys he likes to play with: “Jello seems to be really high on the list. He’ll toss it around, squish it with his flipper. He likes to eat it and nudge it. A lot of them like to toss and catch it, toss and catch it and they like to watch it bounce and press it on the ground. But he’s pretty playful. Pretty much everything you put in the water, he’s gonna check out and start hauling around.” 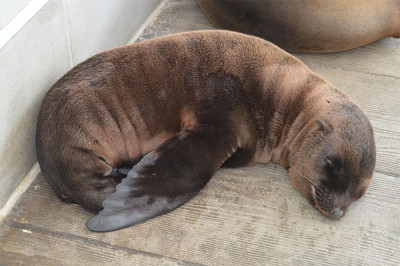 What he’s moved on to now that he’s established his rule over the kiddie pools: “He started to really love playing with the hoses.”

Wait, what does he do with the hoses: “He likes if you toss water droplets to him to catch in his mouth.”

That sounds adorable but what does it mean: “What he would do when he was catching the water droplets is he would lay over on his back and had his mouth open, so I gave him a little signal, a hand gesture to roll over, and he got that, actually, on a signal.”

Does this mean Ron rolls over just like a dog puppy: Probably yes but we don’t want to put words in Ms. Streeter’s mouth

Is anything else about him like a dog puppy: “Since he was rolling onto his back for the water play, it became pretty easy to rub along his belly, then he started hooking his flippers around my hands, and would let me play with his flippers.”

YOU’RE SAYING HE LIKES TUMMY RUBS: “He seems to like it, he’ll come back for more rubs.”

WHAT: “And his whiskers are so soft.”

THIS IS TOO MUCH: “They’re so soft. And they explore everything with their whiskers, so he’ll come over and explore your hand, your face. It’s the sweetest thing.” 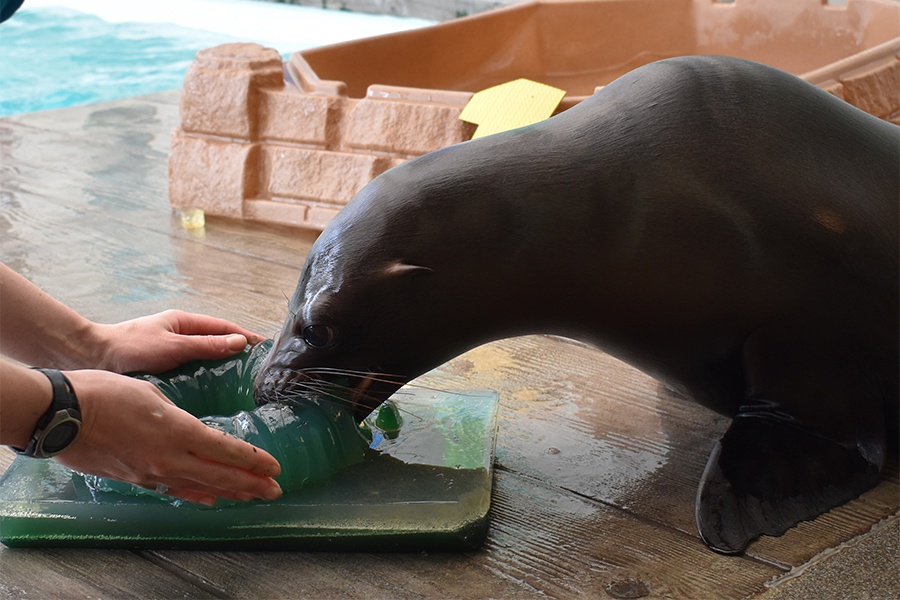