MBTA May Add Barriers on Platforms to Streamline Boarding

Platform doors, which have been employed in domestic airports and international transit systems, would let passengers know where the trains are actually going to stop. 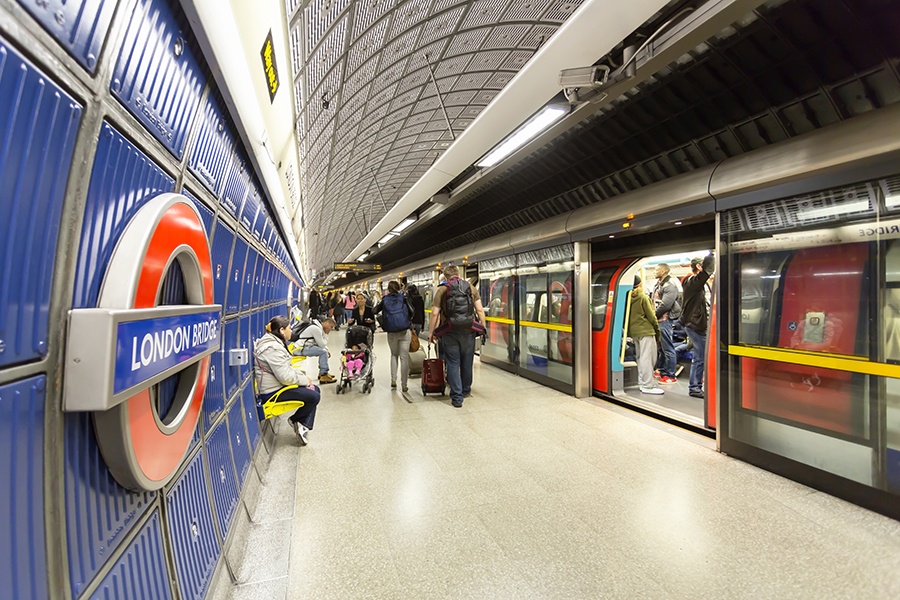 Fixed doors on this London Underground platform give riders a visual cue of where the train will stop. Photo via iStock/_ultraforma_

It’s rush hour, and you and your 105 closest friends are splayed out across the T platform, crossing your fingers and toes in the hopes that the train will stop with its doors in front of you. A solid position makes shimmying your way into the car a little more feasible. A misstep could mean you’re pinned between a tourist with an unruly Samsonite and the door—or worse, waiting for the next train to arrive.

But what if it didn’t have to be that way?

The MBTA is investigating whether it could add barriers and doors on subway platforms to give riders a better idea of where the trains will stop, the Boston Globe reports. The concept, which is used at various airports and in transit systems in Europe and Asia, would streamline the boarding process and, ideally, eliminate the game of door roulette passengers are forced to play. And in separating passengers from the tracks, the platform doors would also add an extra layer of safety underground.

According to the Globe, though there’s no guarantee the agency will move forward with the proposal, the barriers are on the drafted list of projects the MBTA aims to tackle by 2040. The new Red Line cars, set to arrive next year, will be uniform in size, making it possible for the trains to be aligned with a fixed set of platform doors.

Similar ideas have already been employed in places like Chicago’s O’Hare Airport and in select stations within the London Underground. The barriers typically comprise some sort of glass wall and sliding door, though the T hasn’t made any concrete decisions on what shape they could take here, the Globe reports.

Outfitting the platforms with the technology could pose construction and logistical challenges, according to the Globe, as trains would have to stop in the exact same spot every single time they pull into a station. But if the barriers would not only help alleviate the frustration of getting on and off the train, but also help protect passengers, it’s surely an idea worth keeping on the table.