Founding Fathers and Declaration of Independence co-signers John Adams and Thomas Jefferson died within hours of each other on the Fourth of July. 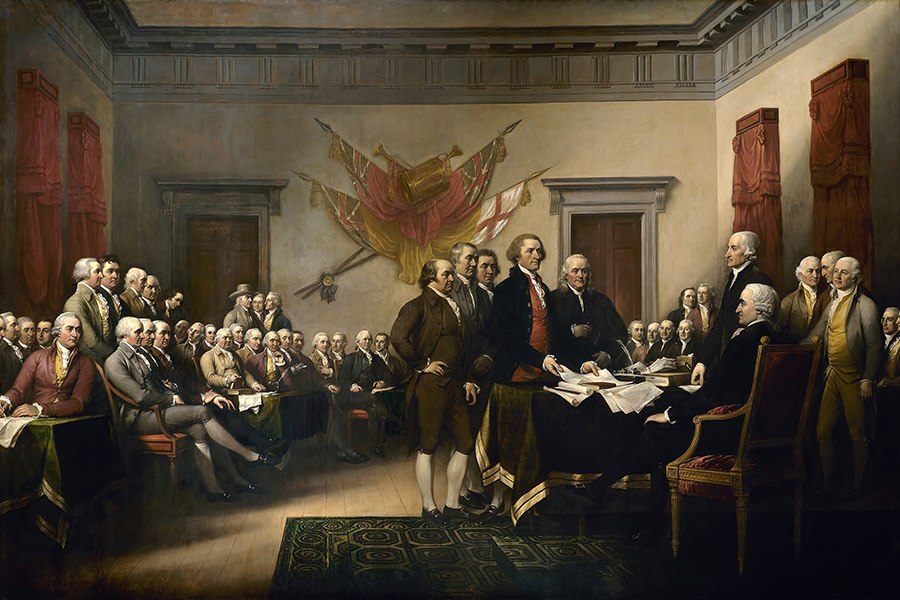 The second president of the United States outlived his longtime friend, political rival, and Executive Branch successor by several hours. Both men died of natural causes—one of the heart, the other of the kidney—on the 50th anniversary of the signing of the Declaration of Independence.

The circumstances of their deaths have a supernatural quality. Could two men, known for their strong wills, have relied on sheer determination to make it to their final hours?

Jefferson and Adams first met at the Second Continental Congress in Philadelphia in 1775. Though their personalities and political views diverged—Adams was known to be quick-tempered and passionate, Jefferson reserved and mysterious—the two men and their families fostered a close relationship. In 1786, on a visit to England, the statesmen visited Shakespeare’s home together and pocketed a piece of his chair as a souvenir.

But their years of friendship collapsed when Adams and Jefferson began serving as vice president and secretary of state, respectively, under President George Washington. The Founding Fathers had always possessed conflicting political beliefs, and their new positions marked the beginning of a period of strong animosity between the two men.

The chasm dividing the once inseparable revolutionary pals only widened when Adams ascended to the presidency in 1797. At the time, the fledgling government’s policy was that the man who scored fewer votes in the election would take up the position of vice president. And so, Jefferson filled the position with gritted teeth, once again relegated beneath his former friend.

Jefferson, of course, eventually secured the limelight for himself and served the nation as president from 1801-1809. By 1812, the dust had settled, and Adams reached out to his old friend. Jefferson responded in kind, and thus a correspondence of 380 letters between the two commenced.

“You and I, ought not to die, before We have explained ourselves to each other,” Adams wrote to Jefferson in 1813. And explain they did, rekindling an old friendship as they reminisced on the golden years of the Revolution.

Adams’ final words, ironic as they were, could have many meanings. A comforting reminder that his good friend survives him? An irritated quip that his political antithesis persevered? Or an affirmation that the written words of one of history’s most brilliant political authors would endure the test of time?

Either way, the date on which they were spoken is fitting.