A Flash Flood Watch Has Been Issued for Eastern Massachusetts, Rhode Island

Boston is expected to see more than half an inch of precipitation on Friday as thunderstorms roll through the region. 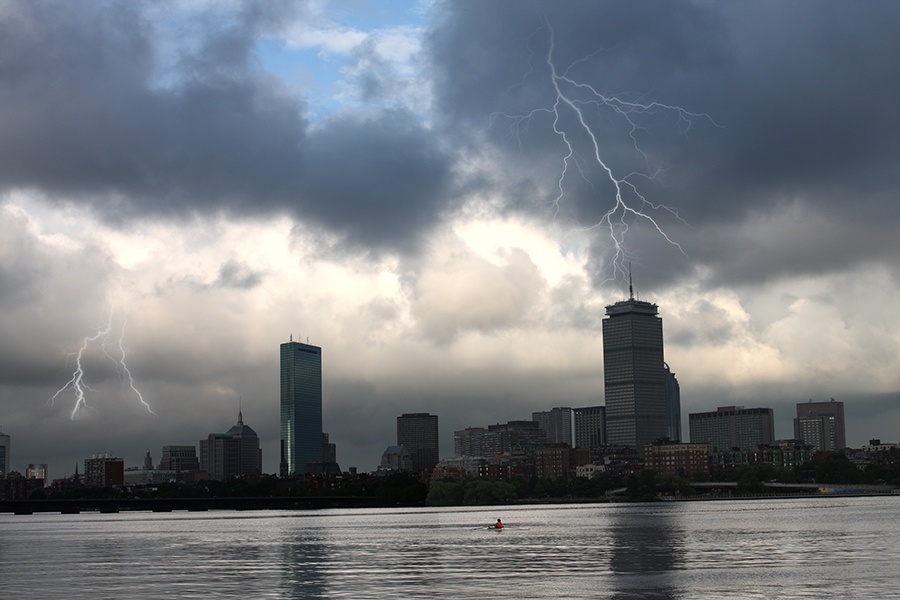 Grab your ores. Grab your wellies. Grab your umbrellas even though you know they’re going to be useless because $15 Target products are not made to withstand much beyond a drizzle.

It’s going to be a wet one, Boston.

A flash flood watch has been issued through Friday afternoon in eastern Massachusetts and Rhode Island, as thunderstorms are expected to barrel through the region and drop more than an inch of rain on some parts of the Bay State. The National Weather Service predicts Boston will see more than half an inch of precipitation on Friday, with storms rolling into the city around 11 a.m. The meteorologists predict Taunton will see the most rain in Massachusetts, at an estimated 1.13 inches, according to the Boston Globe.

Torrential rains and gusty winds pose the greatest threats Friday, the meteorologists said on Twitter, though things are expected to dry out in greater-Boston ahead of the evening rush hour.

Scattered showers & thunderstorms this morning will become more widespread in nature as the day goes on. Heavy rainfall and gusty winds continue to be the main threat. Here is an approx precipitation timeline for planning purposes. pic.twitter.com/ZkJQ8GmtA9

But despite the misfortune of a gloomy Friday, the only way to get a rainbow is to make it through the rain. Though we’re not guaranteed a psychedelic sky, greater-Boston is in for a nice prize at the end of this storm. Meteorologists predict the thunderstorms will wash away the intense heat and humidity that’s enveloped the Hub for what feels like forever, and we’re expected to enjoy more pleasant conditions this weekend. The low temperature in the city on Friday night is a mere 59 degrees, and the mercury could fall to 50 degrees in parts of western Massachusetts.

In other words, there’s cool on the other side of this pillow.