Maude Gorman has ditched her Miss Plymouth County title in protest after a dumb joke about the movement at a pageant. 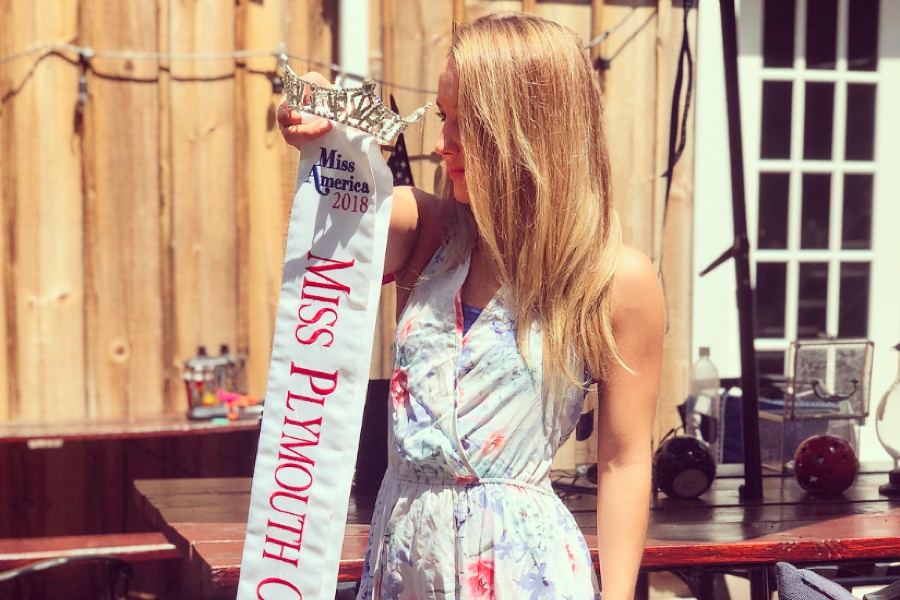 I guess we should have expected that the #MeToo movement’s success over the past year would prompt powerful people and institutions to start lashing out and belittling the movement with boneheaded jokes, and that’s what has apparently gone down at the Miss Massachusetts pageant.

Maude Gorman, a former Miss Plymouth County, attracted national attention this weekend after she announced that she would hand in her crown in protest of a tone-deaf joke about #MeToo in a skit during the June 30 Miss America event. In the skit in question, the pageant’s host plays the role of someone telling God she is confused as to why the pageant will no longer include a swimsuit competition, to which a man playing God responds, “Me too,” and holds up two signs reading, “#MeToo.” Video of the performance, which elicited cheers from the crowd but prompted an immediate backlash, can be found on the Observer’s website.

The 24-year-old Gorman, a rape survivor, shared the rationale behind her decision on Instagram. “As both a survivor, and advocate for victims rights and sexual violence on a whole, I refuse to stand idly by and simply ‘let this go,'” she wrote. “Instead, I will stand up for every individual who has ever had the courage to speak out; and for every person who felt liberated by the #metoo movement.”

Today, I officially resigned from the title of Miss Plymouth County 2018. While I’m grateful for the opportunities that @missamerica creates for young women, I am also internally conflicted; as the #metoomovement was mocked on stage during the final competition of Miss Massachusetts. As both a survivor, and advocate for victims rights and sexual violence on a whole, I refuse to stand idly by and simply “let this go”. Instead, I will stand up for every individual who has ever had the courage to speak out; and for every person who felt liberated by the #metoo movement. I will not allow ANYONE to take away that empowerment and liberation, or make it anything less than what it is: AMAZING. #metoo#missplymouthcounty #nomore #rainn#surviveandthrive

The pageant might have taken a cue from the president, who at a rally last week blended a dumb joke cocktail for his fans in Montana, prodding Elizabeth Warren over what she says is Native American heritage (he says he’d donate $1 million if she takes a DNA test) while at the same time mocking the #MeToo movement. Weird, isn’t it, that someone like Donald Trump would want to undermine a movement that holds powerful people to account for abusing women?

Miss Massachusetts last week offered its “sincere and heartfelt apology” for the skit, writing on Facebook that it somehow didn’t know about it ahead of time and that in the future it will more closely monitor plans for the pageants “to be sure offensive or potentially offensive content is not allowed.”

Had Gorman not gone public with her outrage and spread the word about the skit, that might have been that. Now everyone is talking about it. That’s what accountability looks like.

I woke up this morning to find that my recent interview with @nbcnews went national. Here are a few things you might not know about my work in advocacy: • I’ve helped built houses with my bare hands for survivors of violence • I’ve advocated to elected officials ranging from local Mayors, to State Governors, and even staff at the White House; including the White House Advisor on Violence against Women. •I’ve spoken at national, and international conferences in an effort to speak out more specifically on the effects of trauma on youth. •I’ve worked with several shelters and homes that offer survivors a safe haven in their transition away from abuse •I’ve partnered with leading hospitals, such as MassGeneral for Children, to provide children seeking emergency treatment for sexual abuse a tote bag of resources (including a change of clothes, teddy bear, coloring books, etc) •I’ve published articles sharing my story, in hopes of inspiring others to do the same; and preventing years of painful secrecy • I’ve had my research on sexual violence shared with child life development specialists of the United States Navy at Norfolk Naval Base in Virginia • I’ve presented at seminars with the Uniformed Victim Advocates of the United States Coast Guard at Base Boston • I’ve advocated for the passing of several bills benefiting survivors of sexual violence • I’ve spoken at rallies, protests, and led walks for justice • I’ve volunteered with the National Alliance on Mental Illness as a public policy associate in an effort to stand up for those suffering from PTSD, and depression; just as I have •I’ve met with colleges and universities to discuss response procedures, and have ran awareness campaigns with both RAINN and Start By Believing * I’ve volunteered as a Rape Crisis Counselor, and acted as a Youth Ambassador for the Youth Access to Support Services program with the Center for Hope and Healing And there is still so much more work to be done, there is still so much more progress to be made, and justice to be found. I will continue to fearlessly defend survivors, and be the voice for those suffering in secrecy. You are not alone #metoo