An Extreme Storm Has Made Its Way to Boston

It brought strong winds and the threat of severe thunderstorms and flash floods. 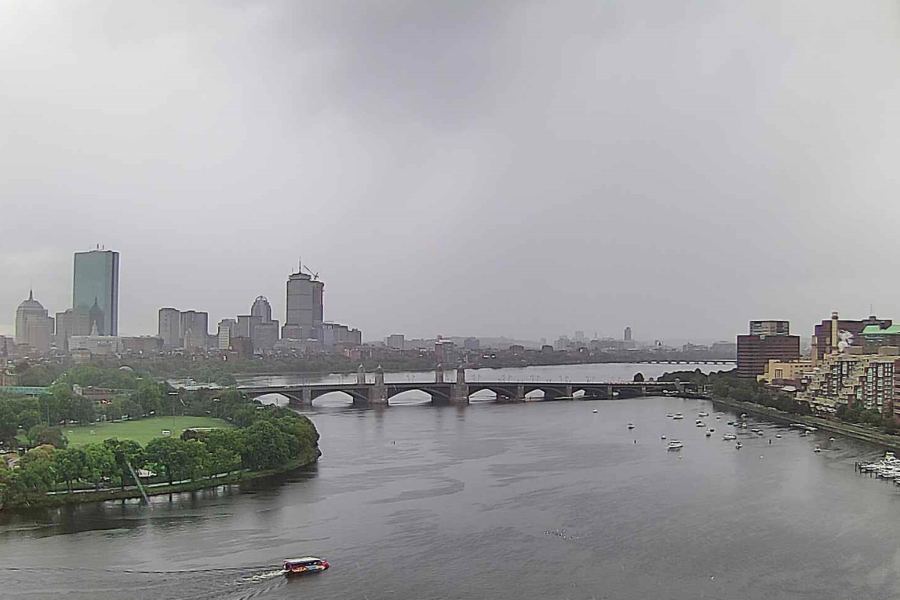 As expected, a powerful storm rolled into Boston on Tuesday afternoon, bringing with it a whole lot of rain and strong winds, along with the possibility of flash floods.

Rumbles of thunder could be heard in Boston mid-afternoon, and a severe thunderstorm warning was forecast to remain in effect until 7 p.m, and a flash flood watch has been issued through 10 p.m.

Bill Simpson, meteorologist with the National Weather Service, tells us we have the collision of a moist air mass with a cold front to thank for all the commotion today. Intermittent showers should arrive throughout the the mid-afternoon and last into the evening, he says.

The NWS also recommends that anyone hitting the road for the afternoon commute take it slow out there, as visibility will be an issue and downpours could come at any moment. “There could be really no rain at all, then raining really heavily,” Simpson says. “If people are moving quickly there could be the potential for accidents.”

That also means that flash flooding is a concern in the city, particularly in at-risk areas with poor drainage, including under overpasses.

Clearly, this is a big one. So much so that Boston took the unusual step of postponing our Best of Boston celebration that had been slated for Tuesday night due to safety concerns. It’s been rescheduled to Wednesday.