The California congressman may have broken House rules to see the C's. 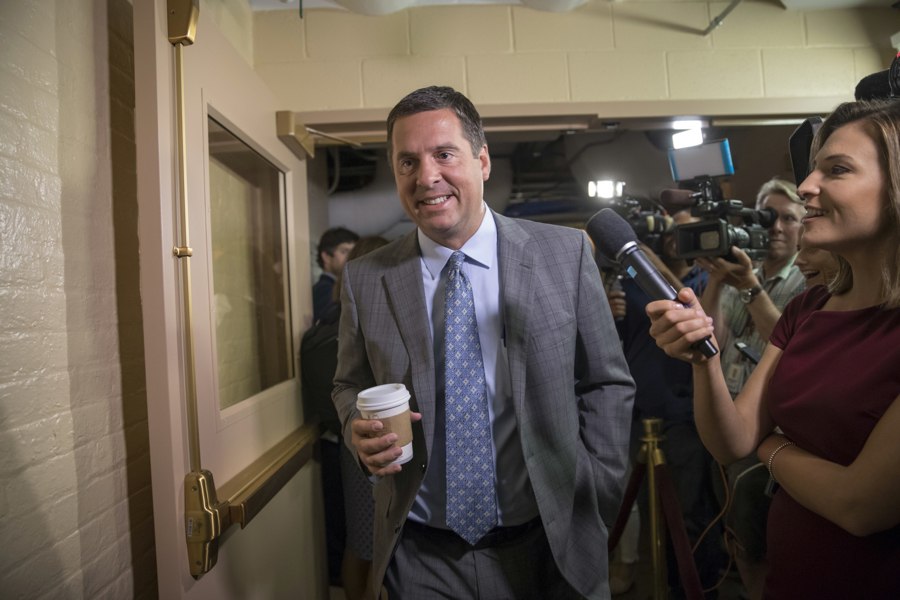 Congressman, shameless Trump investigation critic, and, apparently, Celtics super-fan Devin Nunes loves the Boston team so dearly that he was willing to dip into his political action committee’s fund to see them hit the court.

According to a new report from the nonpartisan Campaign Legal Center (brought to our attention in a story by McClatchy), the California Republican spent donors’ money on Celtics tickets on three occasions last year, including a Celtics-Wizards playoff game, to the tune of nearly $15,000. The report also found he spent a cool $3,594 to stay at Boston’s ritzy Omni Parker House Hotel while he was in town.

Nunes, who grew up in California, has reportedly supported the Celtics since childhood—the LA Times reported last year that he was an “adoring” fan of Larry Bird as a teen. The fact that he’s aligned himself with Boston is one aspect of this situation seems to have upset some fellow Republicans, and yielded this reaction from anti-Trump GOP strategist Liz Mair, according to McClatchy: “Nunes has got to be one of about 15 people in his district that spends the NBA season rooting for the guys from Teddy Kennedy’s turf.”

Other expenses noted in the report include winery tours, limos, and trips to Las Vegas, all of which he listed as being used for fundraising (if that’s the case, we have some more fundraising suggestions he might want to consider). Needless to say, that’s not how how you’re supposed to spend PAC money. Typically, you spend it on political action.

It’s not clear whether consequences might await Nunes, who serves as House Intelligence Committee chairman and has waged a sometimes bumbling campaign to undermine the Trump-Russia probe and was recently the subject of a House Ethics Committee investigation. In a statement to The Hill, Nunes’ office called the controversy over his spending a “baseless attack” and claimed he “has broken no rules.” The Federal Election Commission technically prohibits the use of PAC money on personal expenses, like watching playoff basketball, even though the rule is rarely enforced.

But hey, if you’re not willing to risk running afoul of the FEC to support your guys, what kind of fan are you?