Harvard’s Theresa Lund, Who Clashed With a Neighbor in a Viral Video, Has Been Placed on Leave

The Harvard Humanitarian Initiative says it "does not condone her conduct." 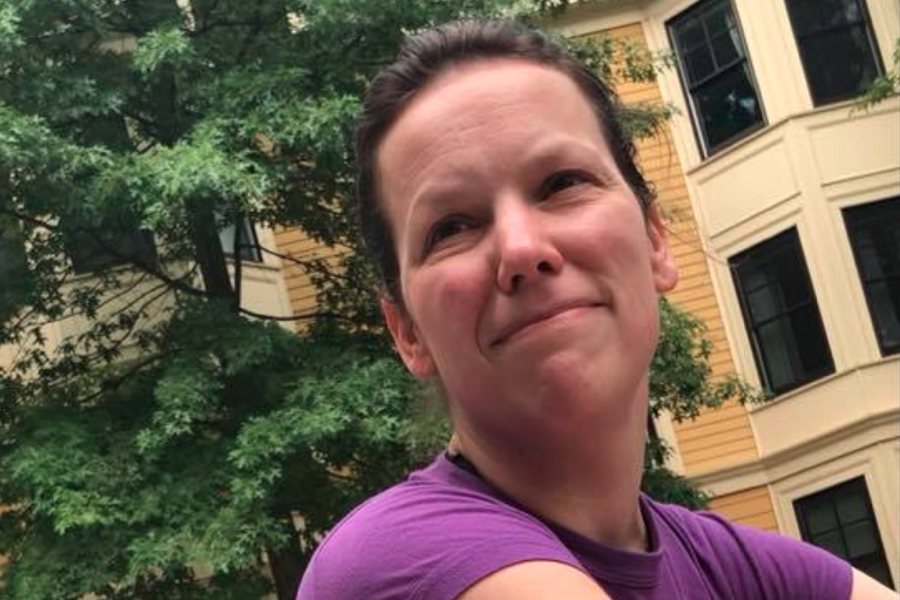 Theresa Lund, the Harvard Humanitarian Initiative executive director whose confrontation with a neighbor has sparked days of outrage, has been placed on leave, “effective immediately.”

The organization said in a statement posted Thursday night that it “does not condone her conduct during the exchange” captured in a video posted to Facebook on Saturday, which has since been viewed more than 2 million times.

The clip showed Lund arguing with a woman, Alyson Laliberte, and her daughter outside an apartment complex in Cambridge about the noise they were making on a sunny day in the mid-afternoon, apparently because Lund’s children were trying to sleep. Lund, seated on a curb and speaking in hushed tones, refused to leave, told her daughter her mom “is not being very nice,” and asked whether Laliberte lived in “one of the affordable units.” Laliberte said in her Facebook post she believes the incident was racially motivated, as her daughter is biracial.

Lund has since apologized, saying she is “terribly sorry” and that her behavior was “inappropriate and wrong.”

Over the past five days, the incident has inspired a wave of online commentary criticizing the organization where she works. The irony was not lost on critics that the HHI’s mission is to help people around the world and promote human rights.

HHI Director Michael VanRooyen, who announced that Lund would be on leave, responded to the backlash in a statement. “The Harvard Humanitarian Initiative is an organization that promotes and defends humanitarian principles of service, equity, and justice. Our core values of integrity, collaboration, and respect for universal human rights are the foundation of all we do,” he wrote. “It is within this context that I have been viewing the events of July 14th involving Theresa Lund. I wish to make clear that HHI does not condone her conduct during the exchange with Alyson Laliberte and her family.”

He also said that HHI would “implement in the coming weeks additional trainings and programs for our staff to address implicit and explicit bias, pursue opportunities to promote diversity and inclusion within our workplace, and continue our efforts to serve those affected by war, crisis, and disaster. We look forward to continuing to improve our awareness and understanding of these issues within our communities, both locally and globally.”