Psych! BPD Commissioner William Evans Is Leaving after All

After he and Walsh denied a report he would take a job at Boston College, the move was announced Monday. Superintendent-in-Chief William Gross will take his place, becoming the department's first-ever African-American commissioner. 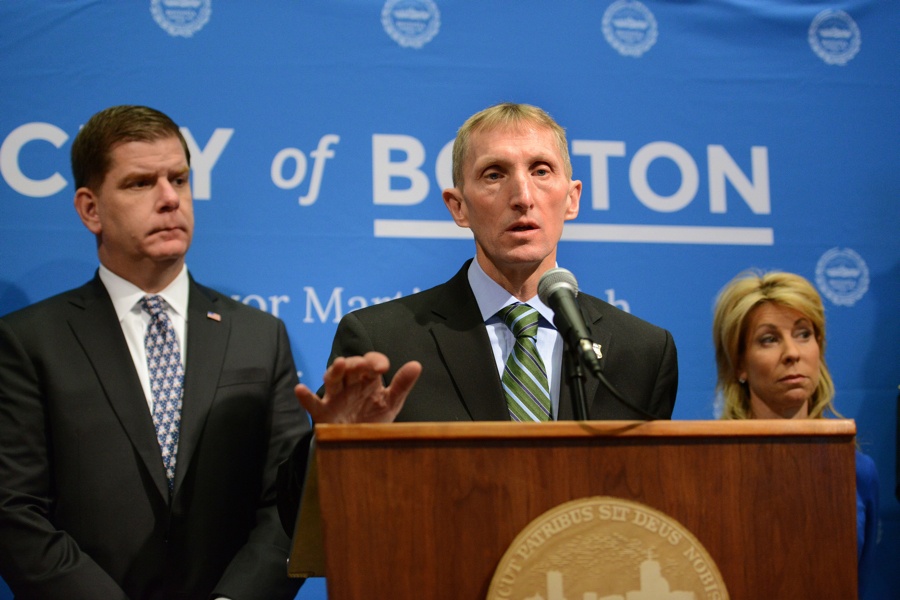 Less than a month after he and Mayor Walsh denied reports on the move, BPD Commissioner William Evans announced Monday morning that he plans to leave his post for a job at Boston College.

Taking over in the role will be Superintendent in Chief William Gross, who will become the city’s first African-American police commissioner, Walsh announced at a City Hall press conference.

“I’m overwhelmed with emotions and pride” said the next commissioner of the @bostonpolice https://t.co/heqGnrH5kO pic.twitter.com/u74Y2b8uci

Evans has had a 38-year career with the force, serving as commissioner since 2013. Among many high-profile experiences with the Boston Police Department, Evans oversaw the response to the Boston Marathon bombings of 2013. In a statement on Twitter, the Boston College Police Patrolman’s Association said it is “elated to have such an accomplished and nationally known police officer to lead and guide us into the next phase of policing here at Boston College,” where he will serve as chief of police.

We are elated to have such an accomplished and nationally known police officer to lead and guide us into the next phase of policing here at Boston College. We look forward to a healthy and positive working relationship with Commissioner Evans in the coming days.

Word about his plans to retire came first in a report from WBZ, which broke the news in late June. But almost immediately, both he and Walsh worked to tamp the story down. The circumstances that surrounded their denial was not immediately clear. Had the move not yet been finalized when the news leaked? Were the two city leaders frustrated they couldn’t make the announcement on their own terms, or without time to line up someone to take his place?

Whatever the case may have been, Walsh didn’t mind giving WBZ a piece of his mind for reporting on something that ended up, ultimately, to be true. “I’m disappointed last night … that WBZ went with sources that were unnamed, and not verifying it with the police department or the city of Boston,” Walsh said at the time, according to an account from the Dorchester Reporter. “Billy Evans is not leaving. He’s the police commissioner. I’ve said this more than one time: He is the best police commissioner in the country and if people are courting him, they should. If I was the mayor of another city, I’d be courting Billy Evans to come to my city. And I just think it was unfortunate that went out last night.” 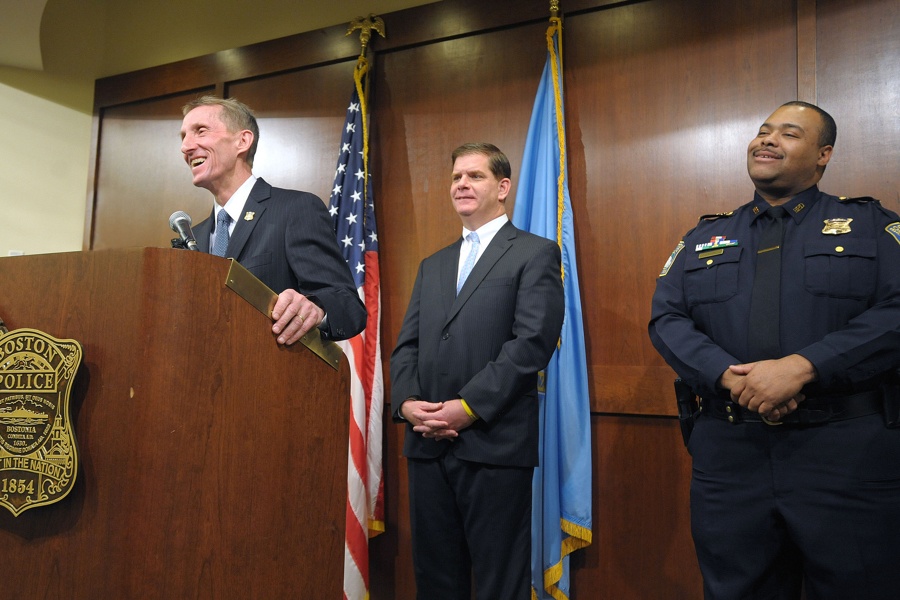