The Attorney General has sided with her over long-term Congressman Michael Capuano. 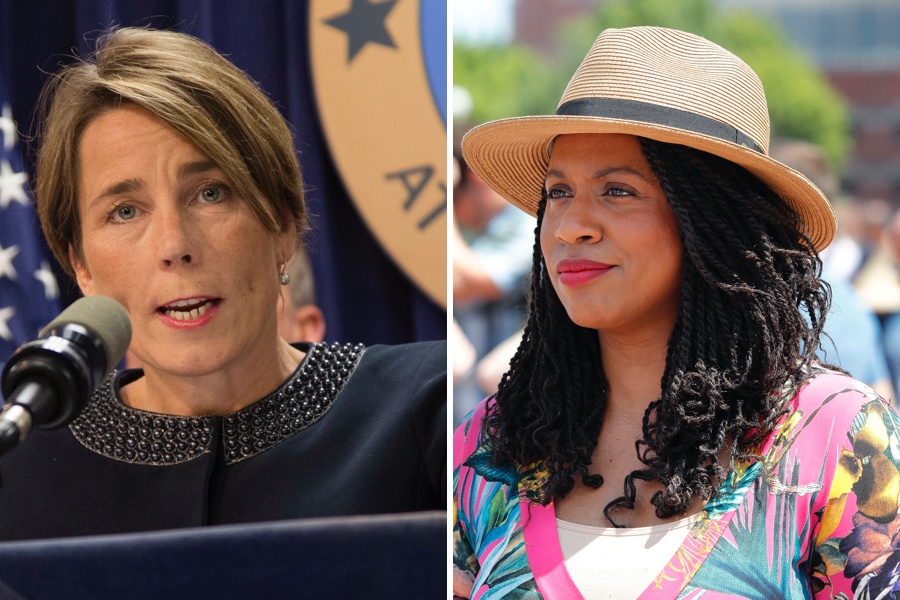 Once thought of as kind of a long shot, Ayanna Pressley’s bid for long-term incumbent Michael Capuano’s seat in Congress is looking pretty formidable right about now. Maura Healey, Massachusetts’ influential Attorney General, announced Monday morning that she is backing Pressley in the primary.

“Ayanna isn’t just my City Councilor. She’s not just my partner in government. She’s someone who shares our values, and our priorities, who I’ve depended on for years,” Healey wrote in a statement she shared on Twitter. She added: “Ayanna stood by me and supported me in my first campaign, at a time very few elected leaders were willing to take a chance on an outsider candidate like me.”

Today, I’m endorsing @AyannaPressley to be the next Congresswoman representing my district, the historic 7th District of Massachusetts. For me, this isn’t political, it’s personal. #mapoli pic.twitter.com/1dXtQn4kWj

Pressley has also earned the endorsement of Alexandria Ocasio-Cortez, the 28-year-old self-described Democratic Socialist who won a surprise upset in a primary with long-term incumbent Rep. Joe Crowley this year, and has been trying to help other upstart challengers in races around the country. Over the weekend, she got the nod from Questlove, the Roots drummer.

Capuano, a progressive Democrat who has served in his seat since 1998, remains the favorite to win in Massachusetts. Recent polling found he had a strong, but not insurmountable, lead over Pressley. He has also collected some significant endorsements as well, including from Marty Walsh, Deval Patrick, and the Congressional Black Caucus.