He apparently has imagined life with a football star in the family. 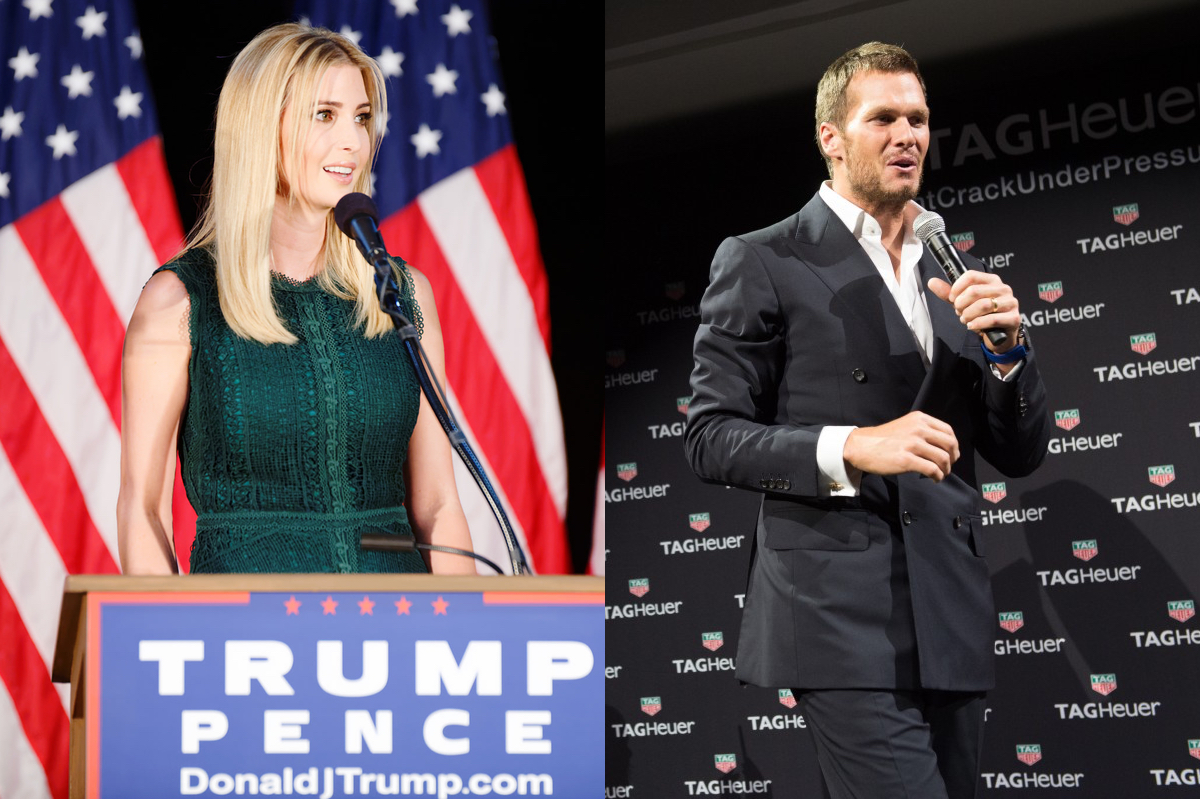 Successful, talented, beloved, capable. These are not words that describe President Trump’s son-in-law Jared Kushner. But they do, on his best days, describe Tom Brady.

Which has, apparently, inspired some daydreaming from the president about what could have been, had the stars aligned differently for his daughter Ivanka. According to the New York Times, which this weekend published a story on Jared and Ivanka’s plans to retake the public spotlight, when Trump would get frustrated with his son-in-law, he would joke that he “could have had Tom Brady,” adding, “Instead I got Jared Kushner.”

The president and Brady of course go way back. The two have had a friendship that predated Trump’s candidacy, they used to golf and chat on the phone, and their relationship sparked some controversy when a “Make America Great Again” hat was spotted in Brady’s locker. For whatever reason, that relationship has been less public during his presidency, and Brady has even criticized some of the things his buddy has said. When the Patriots celebrated their Super Bowl win at the White House, Brady didn’t show.

An Ivanka/Brady relationship may not just be the stuff of Trump’s imagination. Its undeniable that the two of them knew one another, and there are in fact rumors the two once had a relationship of some kind, or that Trump tried to make it happen. At least, that’s what his ex-wife Ivana wrote in her 2017 book Raising Trump: “At one point, Donald wanted her to date Tom Brady, the quarterback,” reads the passage. “He said, ‘You have to meet him!’ But Ivanka wasn’t into it.” Ex-White House Communications Director Anthony Scaramucci once speculated that Brady’s decision to pass on the White House visit had something to do with that.

But alas, Ivanka married Jared, and the rest is history.