Maybe 3D-Printed Guns, the World’s Dumbest Guns, Are Not Long for this World

For once, Maura Healey, Ed Markey, and Donald Trump appear to agree. 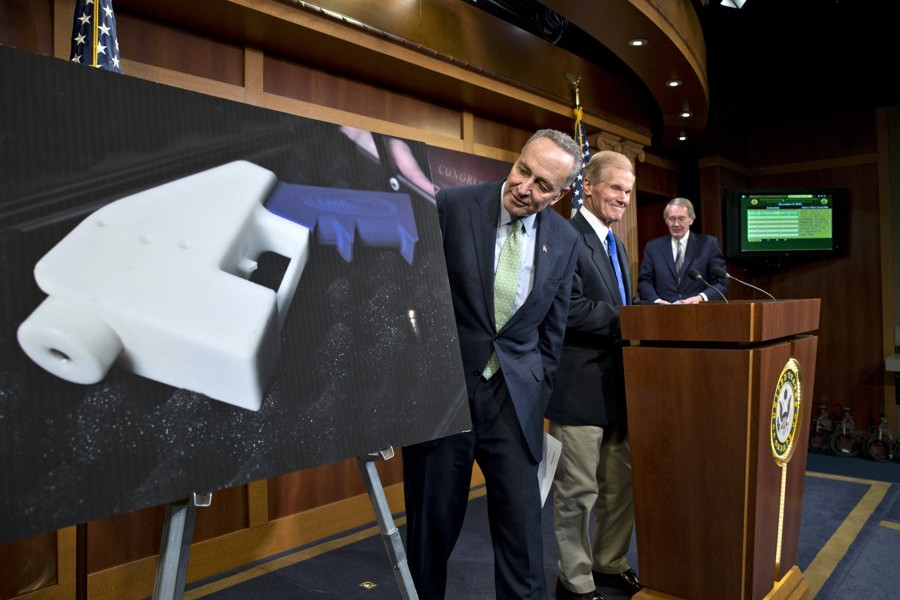 It’s not often that Massachusetts political leaders and President Donald Trump see eye-to-eye, especially on guns, but when it comes to 3D-printed firearms, the concept seems to be stupid and indefensible enough for everyone to hate it at once.

On Monday, Maura Healey announced that her office was joining a group of state attorneys general in a lawsuit aimed at getting the Trump administration to block the distribution of plans for a 3D-printed gun, which the State Department cleared for release in a settlement last month.

#BREAKING We are suing the State Department to stop the illegal distribution of 3D-printed guns. This is an imminent threat to public safety and we have a responsibility to ensure these guns are never available online in any form. pic.twitter.com/91I1tk5zQW

At the same time, today, Sen. Ed Markey plans to join colleague Chuck Schumer for a press conference on the dangers of the plastic weapons, and Rep. Seth Moulton says he plans to join with Rhode Island’s David Cicilline to file legislation banning the weapons.

I’m introducing a bill to ban 3-D printed guns, which are a dangerous step in the wrong direction to keeping guns off our streets. Americans deserve responsible regulations on this new form of weaponry in our communities. pic.twitter.com/AkctxT7oyR

“We now live in a world where a 3D printer cartridge has become as deadly as a gun cartridge,” @SenMarkey. “It’s the ultimate gun loophole. Why buy them if you can print them at home instead?” #tictocnews pic.twitter.com/5ejpad2nyE

Sounds about right. Healey seems to pick issues out of the headlines pretty much every day and file lawsuits about them, and has not been shy about feuding with gunmakers. Markey has been sounding the alarm about 3D-printed guns since 2013. Moulton, a veteran, has become a go-to Democrat on gun issues.

But then Tuesday morning, Trump signaled he, too, has some problems with the technology, tweeting that it “doesn’t seem to make much sense!” That’s not by any means a commitment to do the right thing. But it’s a start.

I am looking into 3-D Plastic Guns being sold to the public. Already spoke to NRA, doesn’t seem to make much sense!

The downloadable designs, produced by a guy named Cody Wilson, founder of a nonprofit called Defense Distributed and a very tough sunglasses man, would let people use 3D-printing hardware to spit out goofy-looking, but apparently deadly, plastic versions of hand guns and assault rifles. They do not set off metal detectors and can’t be tracked by police the same way normal guns bought in shops are, and are therefore extremely available to people who can’t pass background checks. Wilson tells the New York Times that a blueprint for a 3D-printed “lower receiver” for an AR-15, the powerful gun popular with hobbyists and school shooters, has already been downloaded 2,500 times since it went up for sale late last week.

Hopefully we’re all in agreement here that products nicknamed “ghost guns” are a no good, extraordinarily stupid idea. Maybe some atypical bipartisan agreement on this can put 3D-printed guns to rest for good, and we can get back to celebrating all the legitimately cool stuff 3D printers can and should do, like make thousands of adorable plastic roosters.