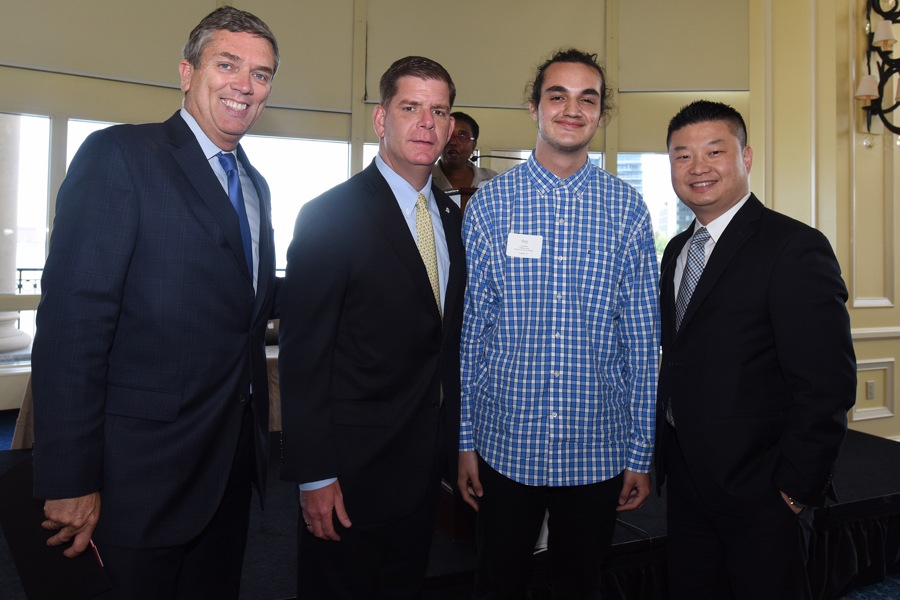 This story is wild, but that’s the mysterious and insane world of cryptocurrency for you: Unfathomable wealth earned overnight on the internet, and an unprecedented opportunity for people who are smarter than you to, allegedly, steal it all.

The smart person in this case is 20-year-old UMass Boston student and onetime Boston Public Schools valedictorian Joel Ortiz. The young and tech-savvy undergrad is accused of stealing millions of dollars’ worth of digital currency like Bitcoin from their wealthy owners by hacking into their phones.

In what Motherboard reports is the first-ever case against someone for using a hacking technique called SIM swapping (basically, tricking phone companies to give you access to someone else’s device), police arrested Ortiz in California on July 12 and charged him with a litany of offenses, including identity theft, grand theft, hacking. Authorities say he and a group of unnamed accomplices were able to drain the crypto accounts of some 40 victims.

His alleged victims include cryptocurrency entrepreneurs, those who have found a way to make lots of money very quickly in the freakish crypto market that exploded all of a sudden over the past year. One of the hacked crypto owners tells Motherboard he lost more than $1 million in one of the SIM-hacking incidents. In another case, Ortiz allegedly hacked a tech executive’s phone and texted his daughter, “TELL YOUR DAD TO GIVE US BITCOIN.”

The Globe reports Ortiz’s passion for technology was nurtured at the Boston pilot school Another Course to College, where he excelled as a student, was a robotics team leader, and was ultimately named valedictorian in 2016. He’s currently majoring in information technology at UMass.

For now, though, he’s in custody in California on $1 million bail.