They were thankfully not seriously injured. 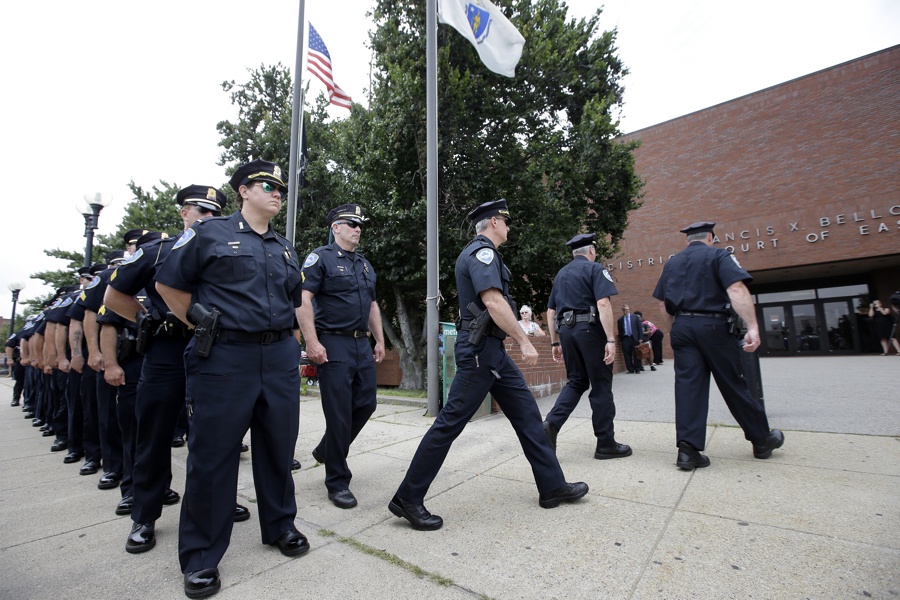 Two MIT police officers, luckily, only suffered minor injuries last month when a Rhode Island cop’s gun went off by accident near, of all things, a funeral for a fallen police sergeant in Braintree.

According to a police report first made public by WBZ, the incident happened at a staging area near the July 20 memorial service for Sgt. Michael Chesna, who was killed a week earlier in the line of duty. The report says the officer,  who has not been named, was changing out of his uniform on a bus after the service when he removed his belt, accidentally dislodging the gun and causing it to fire a bullet out of the bus and onto the pavement. Of the two injured MIT officers, one was hit with debris on her hand, and another was injured above her right eye. Both declined medical treatment.

“Obviously, we feel terrible. I know he does, too,” Cranston Police Col. Michael J. Winquist said of the officer whose gun went off accidentally, in an interview with the Providence Journal, adding that this was the officer’s first reported gun-related mishap.

WBZ reports that an investigation is underway but that the officer remains on active duty.