The MBTA is experiencing some Blue Line delays after the line was forced to go to single track service between Maverick and Aquarium. 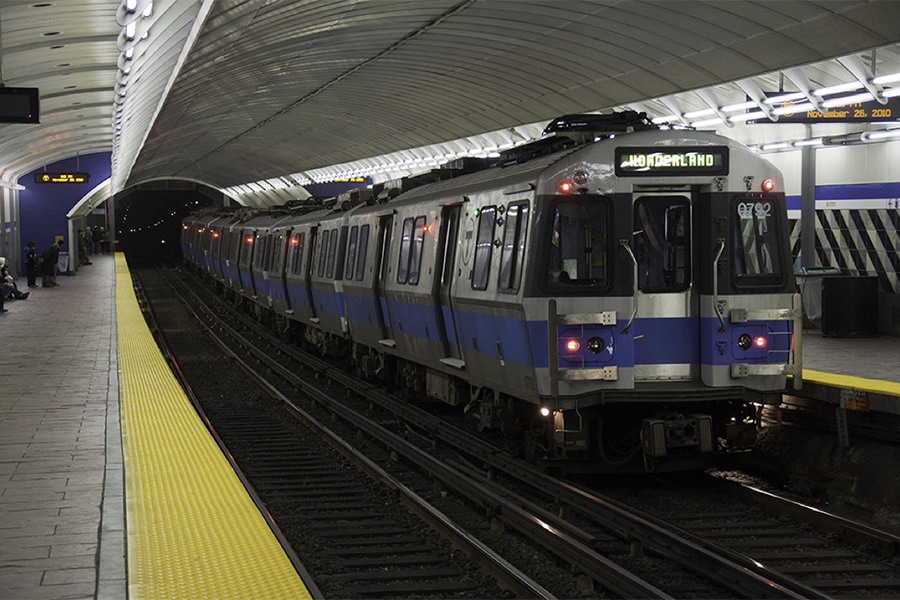 You may be experiencing déjà vu about this one, but the Blue Line has once again lost power. The T announced at around 8:45 this morning that they were down to single track service because of a power problem, and shuttles were providing service between Maverick and Government Center.

If you’re a person who also rode the Blue Line to work on Tuesday, this will all sound very familiar. And if you’re a person who generally takes the MBTA, you’ve probably listened to this greatest hits album before. You’ve got the reports of people evacuating a train and walking through the tunnel to get out:

Made it through this #blueline evacuation #mbta @universalhub @mbta pic.twitter.com/FOWI9qlJKn

The regular riders trying to come up with creative solutions to the problem:

HI @realBostonMBTA: this whole “lets show those eastie residents whats what-ha!” game of blue line running on 20 min intervals+shuttle busses due to power outages was ‘funny’ the 1st time..we got the message..but can you bring me a floaty so I can get to work across the harbor?

The transit wonks weighing in:

Vague updates from the MBTA about what’s going on:

The occasional appeal to Charlie Baker:

Open invitation to @MassGovernor to join his neighbors on either the @MBTA_CR or the @MBTA bus to the blue line. https://t.co/375Ow5asSi

And the sense of sympathy for MBTA spokesman Joe Pesaturo, who is forced to once again say something like, “the MBTA apologizes for the disruption in regularly scheduled service” to the Boston Globe. Today’s problem was apparently caused by losing power to “the third rail on the westbound track between Maverick and Aquarium.”

Frankly, this episode is a rerun, and we expect better programming than this.

Oh, and good luck parking at Alewife. A large piece of concrete fell off on a car in the parking garage, and the second level is shut down for repairs in the meantime. To clarify, this is a separate issue from whatever catastrophe caused this on Tuesday:

#MBTA #RedLine – Update: Delays of up to 30mins due to a NB train with a mechanical problem at Park Street. The NB train at Downtown Crossing has been offloaded to assist. Passengers on the train at Park St have been assisted off the train, so it may be taken out of service.

On the plus side, if you’re trying to search Twitter for reports of what the heck is going on, you can feel a sense of camaraderie with other major metropolises, whose Blue Lines are also semi-functional today.

O’Hare-bound Blue Line trains are standing at Harlem (FP) due to a door problem on a train; crews working to restore service.

In conclusion, the nation’s oldest subway system still has problems. If you are one of the poor travelers stuck waiting for a shuttle today, we’d recommend catching up on the Curmudgeon’s Guide to the Blue Line with your unexpected spare time.