The former Celtics star dissed the city and praised Boston in an Instagram live video. 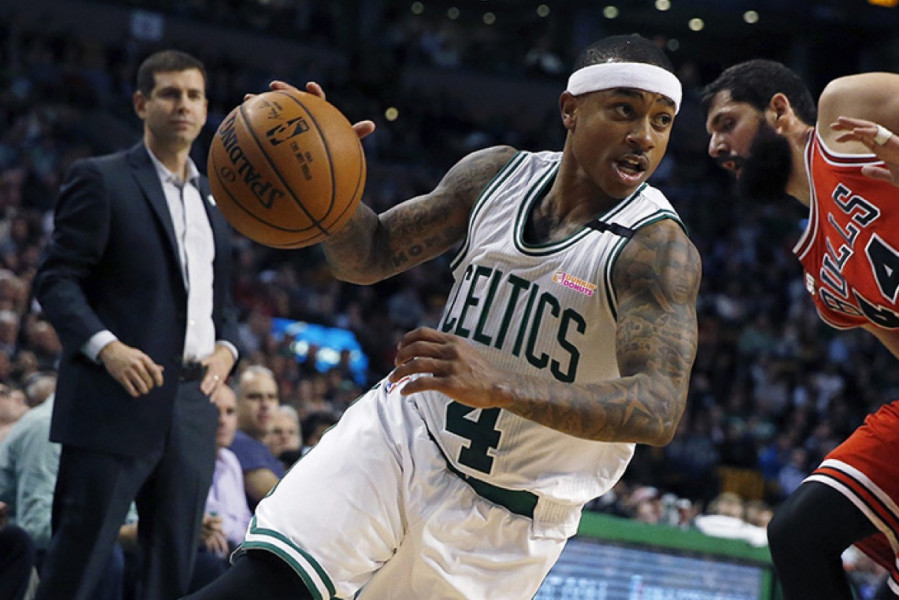 After he ruffled some feathers in the home of the Cavs, former Celtics star Isaiah Thomas is apologizing for calling Cleveland a “shithole” in an off-the-cuff Instagram live video that blew up online.

“Cleveland wasn’t that bad. I shouldn’t have said that,” he said in an apology video posted Saturday night. “Cleveland was actually cool. It was alright.”

The hubbub began over the weekend, when Thomas took to the platform to talk about teams where the point guard has played in the past, offering some kind words for Boston, LA, and Sacramento, where his experience, he said, “was all love.” But he had a different opinion of his time in Ohio. “Cleveland was a shithole,” he said, adding, “I see why [LeBron James] left.”

Those words came back to haunt Thomas, who signed a one-year deal with the Denver Nuggets last month, as they were widely shared on Twitter and picked up in numerous articles. In his apology, he seemed surprised his off-hand remarks traveled so far.

“The situation [in Cleveland] wasn’t the best but, I apologize for saying it was a shithole. It wasn’t a shithole. The team was dope, the players were filthy,” he said. “I was just talking on IG live. I didn’t think it was gonna get to where they’re posting it. It’s like, ‘Damn. My bad.’”

Isaiah Thomas on his time in Cleveland… 👀 pic.twitter.com/xsailU04BA

Here’s Isaiah Thomas apologizing and saying Cleveland was NOT a sh—hole pic.twitter.com/a9XUyETIqd

I apologize for my choice of words about Cleveland. I was on my live playing around. They don’t show you everything for a reason smh. Right after that I clarified what I said…. All love to everybody who had love for me in Cleveland.