A “Flowerbomb” Spruced Up a Bus Stop in Everett This Morning

The floral pop-up celebrates recent improvements to the commute. 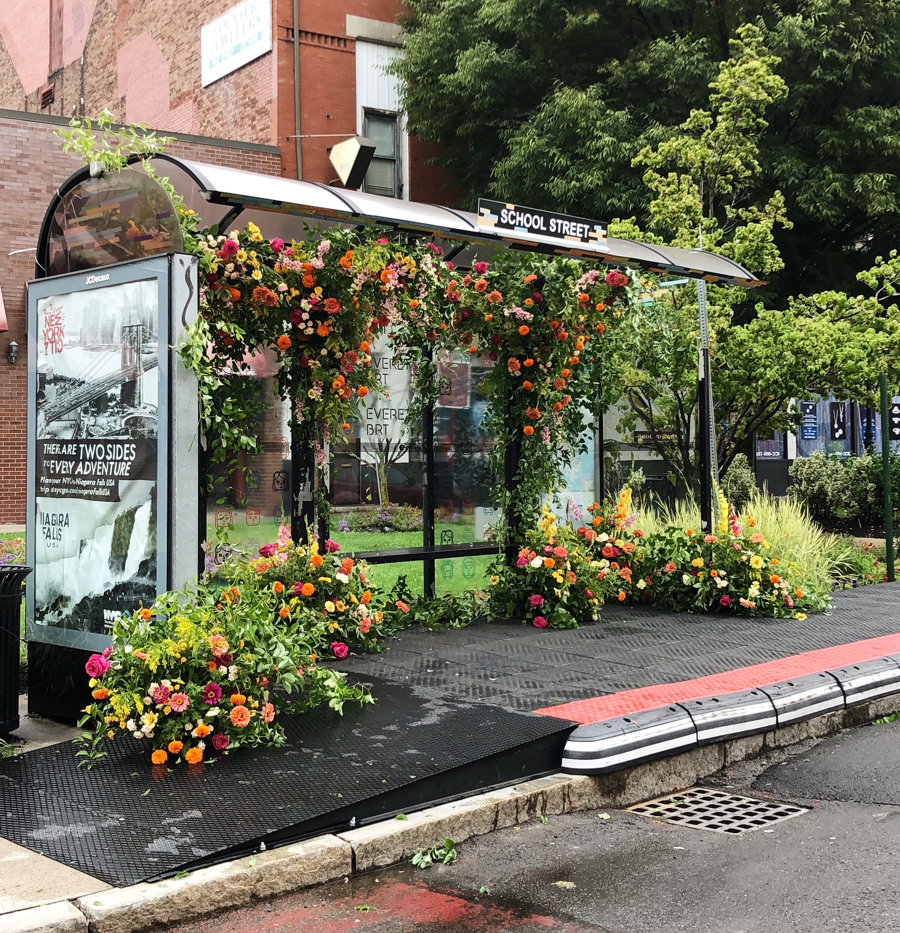 Commuters in Everett were greeted with an unusual pop of color at a Broadway bus stop this morning. Hit with a so-called “flower bomb,” the bus shelter had been drenched with garlands of red, orange, and yellow flowers, in a scene straight out of a Beyoncé photoshoot.

The “floral takeover,” which you can find at the School Street bus stop on Broadway Tuesday and Wednesday, is the handiwork of local florist Krissy Price, who says the flowers are meant to elevate a too-often under-celebrated mode of transportation.

“With the stigma of the bus, the idea is to bring a more progressive perspective to the bus rider experience,” Price says in an announcement of her plans. “The bus stop will be fully immersed in a lush tapestry of fresh cut flowers to introduce the unexpected… a beautiful and ‘human’ side of public transportation.” (Price also happens to be a Best of Boston winner for 2018).

“I wanted it to feel lush, like the flowers were almost growing there naturally,” Price says in an interview. “I wanted to go with a brighter color palate because it’s summertime. It’s something cheerful that can catch people’s eyes, so they’ll stop and sit for a minute.”

She says she used “several thousand” flowers for the installation, a summery blend of roses, zinnias, dahlias, marigolds, and other varieties. “It was a very full UHaul,” she says. After their two days on display, she says, she plans to hand the leftover flowers out to commuters and nearby businesses.

My biggest flowerbomb yet is up! It will be up for the next 2 days, so swing by Broadway & School St in Everett to check it out. And huge thanks to @bosbrt for collaborating with me on this one!!! #🌸💣 #guerrillaflowerfare

The project comes amid an initiative called Boston BRT, which is running a pilot of “bus rapid transit” infrastructure in Everett. The “flowerbomb” comes just after the debut on Broadway of the state’s first level-boarding platform, where commuters can step on and off buses as quickly and easily as they would on the subway. The city also launched a bus-only lane in 2016, and plans to begin coordinating buses with traffic signals to speed up travel time.

It’s not BostonBRT’s first effort to lend an Instagram-friendly vibe to riding the bus. Last year, it ran a contest called Beauty and the Bus, which asked riders to share artsy photos and videos of their commute for a chance to win prizes. A design competition it ran soliciting renderings of the bus stops of tomorrow yielded some interesting results.

Flowerbombs, for those not acquainted with them, have become popular temporary art installations, be they a flower-stuffed car in SoHo or a flower-covered front yard in Ohio. Price says she’s unleashed several “bombs” around the city when she has leftover blooms from weddings or other events, but this was her biggest to date.

“As an artist, it’s an opportunity to do something truly special and I hope that a lot of people can enjoy it. Instead of it being something that’s done for a corporation or a wedding, it’s truly giving back to the community,” she says. “It just gives public transportation a bit of a facelift and lets people know that their leaders are listening and trying to make an effort to better their commute. 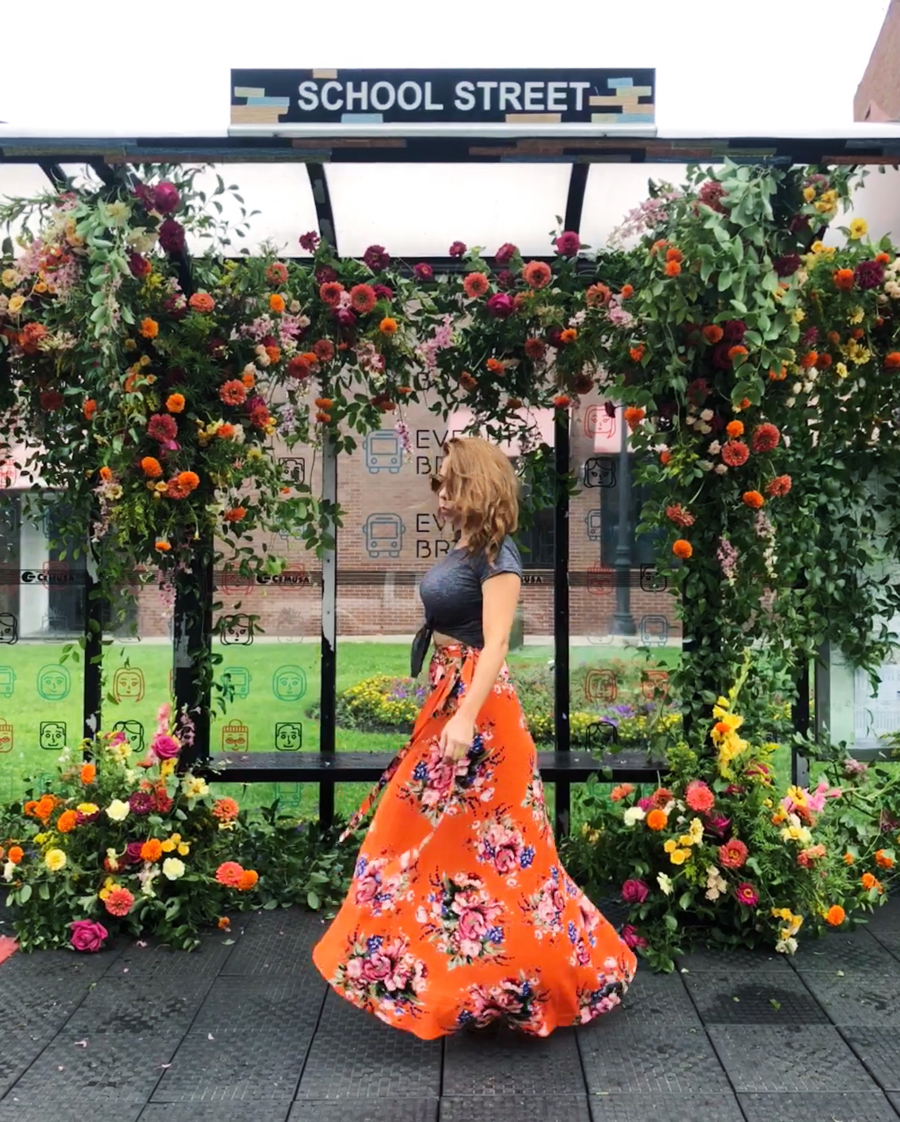