The Latest Big Victory for Worcester: Nabbing the PawSox 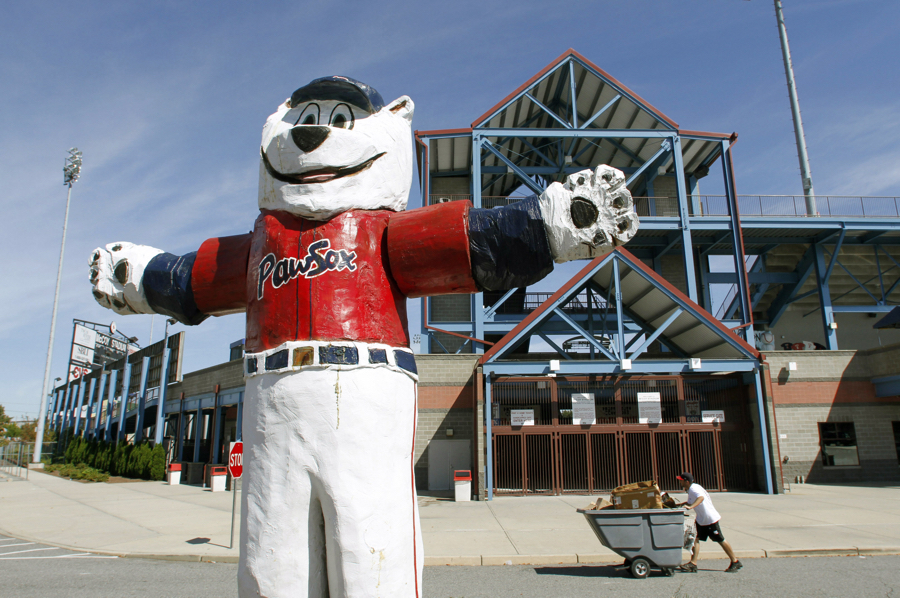 Worcester, a comeback city with bullet trains, a development boom, expansions at the airport, and some of the best widely available beer in the state, is about to add another jewel to its treasure chest: The PawSox.

After more than a year of dealmaking, the city announced Friday it will absorb the baseball team from Pawtucket. Team officials have been scouting for a new location since 2015, when it first eyed a move out of its long-time home under the leadership of former Red Sox owner Larry Lucchino (a plan to move to Providence fizzled). Worcester had long been considered a top contender for the Triple-A club, which has a storied history of nurturing future big leaguers. It’s been based in the Rhode Island city since 1973.

As part of the move, the city announced plans for an $86-90 million stadium on a plot of land the city’s Canal District near Kelley Square, along with a “complete redesign” of the 18-acre area, 250 market rate apartments, two hotels, and 65,000 square feet of restaurant and retail space, according to a press release. The state is chipping in $35 million, officials say.

This is the future of a Minor League AAA Red Sox team in Worcester – hoping to be ready for 2021 season. @wbz #WBZ @redsox pic.twitter.com/RKVAjf49vO

The first first pitch at the new complex is expected to be thrown in 2021, which is when the lease on the stadium in Pawtucket expires.

So will the Heart of the Commonwealth, embracing a new moment of baseball-fueled pride, soon be flooded with caps emblazoned with big red W’s in Red Sox font? Will the new stadium have Be Hoppy on tap? Let’s hope so. There’s also the question of a new name. Officials say the team will be known officially as the “Worcester Red Sox,” but that it’s soliciting input on nicknames and other branding decisions. In my humble opinion, WooSox has a nice ring to it (and I am, records show, not the only one who feels that way).