Derek Harkins allegedly chomped a man's index finger during an argument on the golf course. He appeared in court on Monday. 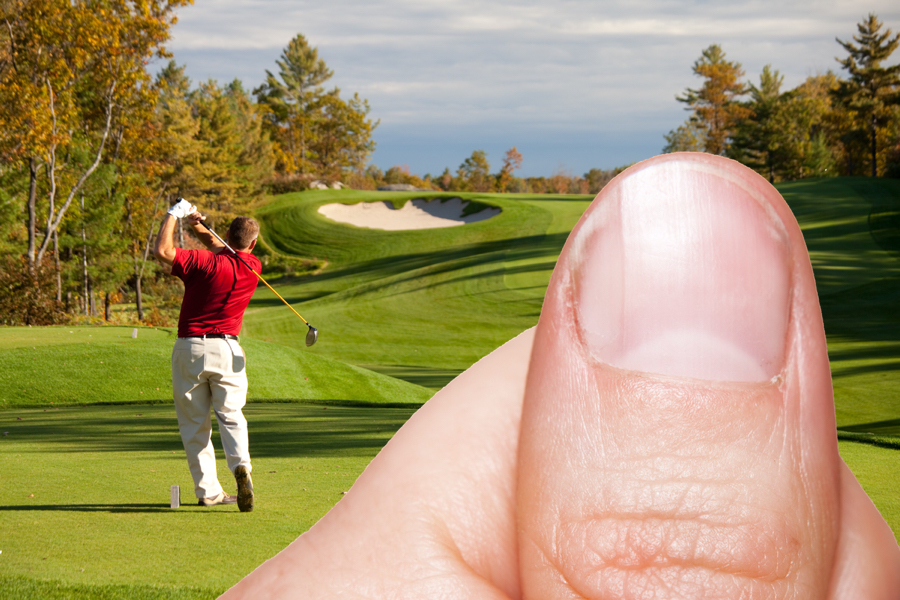 A golfer was arraigned in court today on charges of mayhem after allegedly biting off the index finger of a man he argued with on a golf course over the weekend.

Police say 46-year-old Derek Harkins chomped down on a fellow golfer’s digit at the Southers March Golf Club in Plymouth on Friday evening after what appeared to a dispute that got out of hand, and according to WCVB, the finger-snacking extended down all the way “to the knuckle.” At his court appearance Monday, Harkins pleaded not guilty and was ordered held on $10,000 bail on charges of assault and battery, disturbing the peace, and mayhem.

📹
Derek Harkins leaving #Plymouth district court this morning after being released on 10K bail for allegedly biting a man’s finger off during a melee @southersmarsh on Friday. #WBZ pic.twitter.com/qEVF0EfL76

WCVB reports that the alert from the dispatcher about this unusual altercation went like this: “Be advised an update from the PD. Apparently there are two foursomes that got into an alteration and there’s been a finger that’s been bitten off…the victim’s laying on the main entrance road between three golf carts.” The 57-year-old victim also reportedly provided this horrifying detail to the authorities: The finger-crunching sounded like “someone chewing on a Dorito,” according to 7 News Boston. The Boston Globe has some more of the grisly details that emerged in court. Doctors’ attempts to re-attach the finger were not successful.

In case you’re wondering what “mayhem” is, Massachusetts state law defines the crime in gruesome terms: “Whoever, with malicious intent to maim or disfigure, cuts out or maims the tongue, puts out or destroys an eye, cuts or tears off an ear, cuts, slits or mutilates the nose or lip, or cuts off or disables a limb or member, of another person.”