How the Cohen/Manafort Bombshells Landed in Massachusetts

The state delegation sounded off on the guilty Trump affiliates. 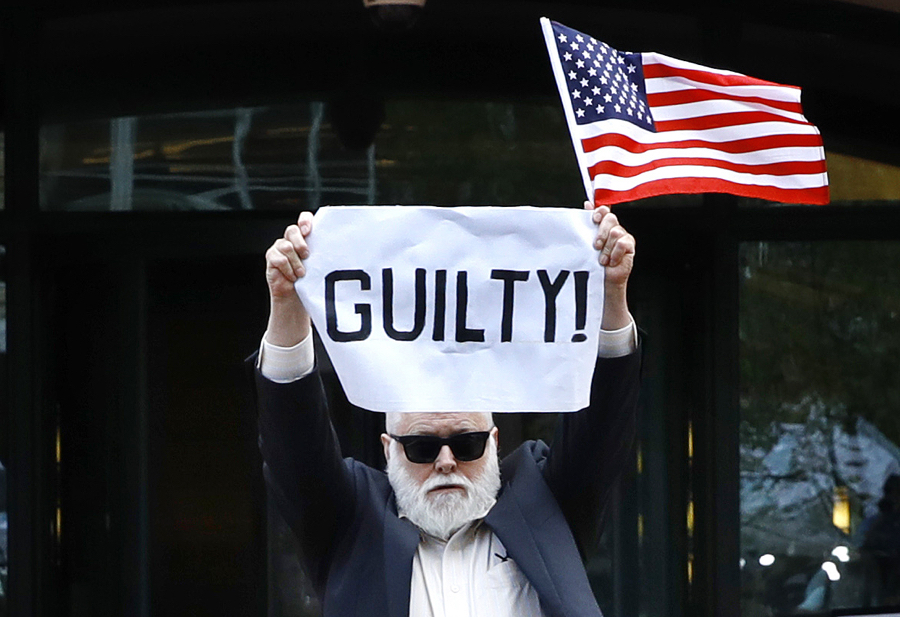 So, uh, Tuesday was a pretty big day. As you have probably heard, in an afternoon for the ages, two men who played major roles in his campaign—former chairman and expensive rug collector Paul Manafort, and ace lawyer Michael Cohen—were deemed guilty of crimes. Cohen pleaded guilty to felonies related to banking, his taxi business, Stormy Daniels, and Karen McDougal. Manafort was found guilty on 8 counts by a jury of his peers.

All in all, it amounted to what will probably be remembered as one of the most damaging days of Trump’s presidency. And wouldn’t you know it, your local elected representatives had a lot to say about it.

For starters, Sen. Elizabeth Warren appears to have impeccable timing, considering that when the Cohen/Manafort news dropped she had just announced a bid to reign in corruption in Washington via an Anti-Corruption and Public Integrity Act—which would, among other things, ban top officials from cashing in on their access to power by becoming lobbyists, and outlaw lobbying for a foreign country. So she took the opportunity to promote that effort. “The @realDonaldTrump era has given our country its most nakedly corrupt leadership of our lifetimes,” she wrote on Twitter. “But they didn’t cause the rot – they’re just the biggest, stinkiest example of it. Join the fight for my new bill to #EndCorruptionNow.”

The @realDonaldTrump era has given our country its most nakedly corrupt leadership of our lifetimes. But they didn’t cause the rot – they’re just the biggest, stinkiest example of it. Join the fight for my new bill to #EndCorruptionNow: https://t.co/FaK9rJT0PI pic.twitter.com/dxHtovgcGL

Today I introduced a sweeping anti-corruption bill to clean up Washington. My reforms would make it flatly illegal for Americans to work as lobbyists for foreign governments. Congress should pass this law so we never see another snake like Paul Manafort again. #EndCorruptionNow

Other Massachusetts electeds were also eager to get some licks in. Here’s a quick review of all the zingers, burns, and observations the Massachusetts’ delegation wrote or had their staffs write for them in the wake of the bombshells.

Not a coincidence. Not a witch hunt.

Trump’s lack of a moral compass hasn’t been news for a long time but today, within 1 hour, we learned both his campaign chairman & attorney were guilty of felonies. There’s no time to waste when it comes to protecting the Mueller investigation- and our democracy. #Cohen #Manafort