"We are all shocked," Wu says. 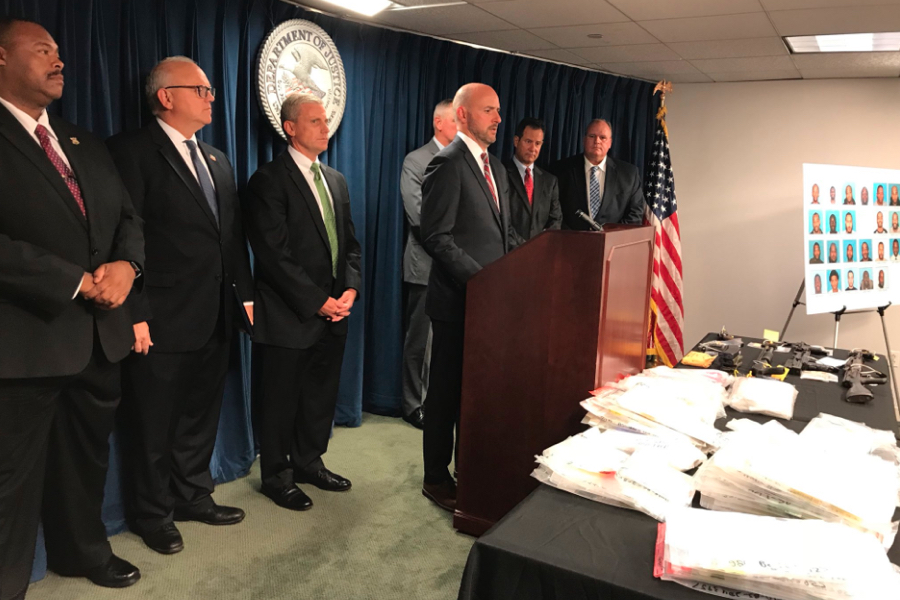 The group of 29 suspects in a massive gun and drug sweep in Boston and Brockton includes a former staffer for Boston City Councilor Michelle Wu, officials announced Thursday.

The aide, Gary Webster, served as director of constituent services for Wu beginning in 2014. The councilor’s office says it last employed him in August of 2017, before he left to take a job with the Boston Planning and Development Agency as a project manager. He has since been placed on unpaid leave.

“The Boston Planning & Development Agency holds every employee to the highest of standards and these allegations are deeply troubling,” BPDA Director Brian Golden says in a statement. “We have placed the individual on unpaid administrative leave and will determine next steps.”

Webster is accused of trafficking in cocaine and fentanyl, the powerful synthetic opioid. He was arrested Thursday morning after a coordinated effort among law enforcement agencies, which went by the code names Operation Landshark and Operation Nor’easter, which resulted in a litany of charges and the seizure of illegal firearms and drugs.

Webster worked previously as administrative secretary for Boston’s Zoning Board of Appeals and as a branch manager at the RMV, according to his LinkedIn profile. A UMass Amherst Class of 2006 alum, he also has a master’s from Boston University, the profile says.

Wu says the allegations have taken her office by surprise. “We are all shocked,” she says in a statement. “I am saddened at the news that a former employee of mine is facing serious allegations,” she continues, adding, “Whenever one of our aspiring young people makes choices that lead to actions such as those alleged here, it is a discouraging and sad day for the city.”

At a press conference announcing the arrests, Boston’s new Police Commissioner William Gross said he had a message for repeat criminals. “We’re coming after you.”

.@bostonpolice Commissioner Grass points out that the people arrested in this operation are repeat offenders. His message: “We’re coming after you…there are too many guns on the strert.” pic.twitter.com/hPMQrGyp9P