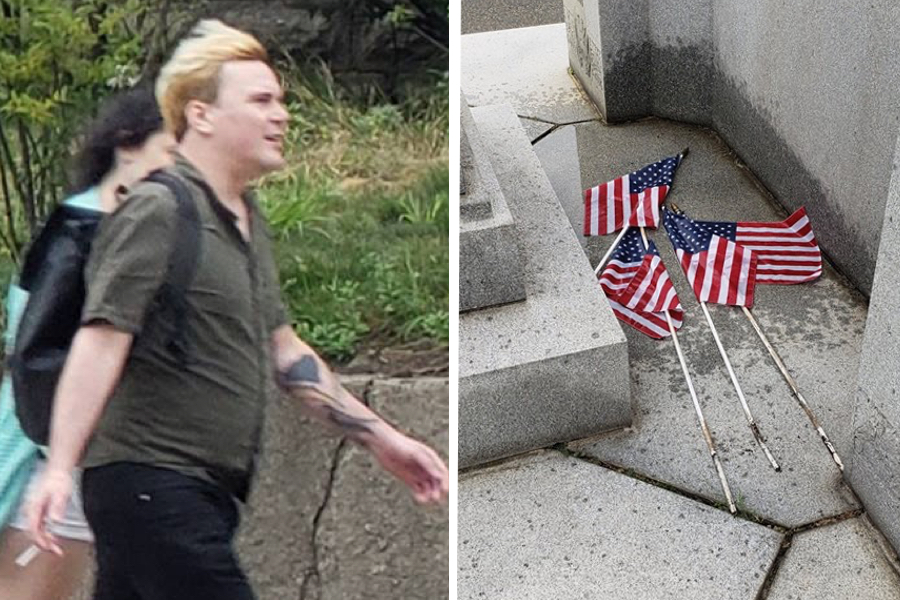 After a crime so bizarre and offensive it sounds like a fever dream from the minds of the angriest people you know on Facebook, police in Somerville say they are investigating a widely shared report of people literally urinating on American flags at a veterans’ cemetery the day before 9/11.

News of the incident spread after a man who claims to have witnessed the incident posted photos and a description of what he saw on his Facebook page.

“I witnessed something today that outraged me!” he wrote, in a post on September 10 that for reasons that should be obvious has already been shared more than 30,000 times. He goes on to say that he was driving on Broadway in Somerville when he witnessed a group of people in their mid-20s enter the Veterans Memorial Cemetery, and remove flags from the ground. “The guy took the flags and tossed them behind the statue. What I saw him do next pushed me to a point where I said to myself ‘ENOUGH’. The guy started urinating on the flags.”

He says he followed the alleged flag-desecrators as they left the scene laughing, captured their pictures, and has since shared them with police, adding, “There are consequences for our actions. They probably thought no would do anything. They were WRONG!”

In a statement to the Boston Globe, Somerville police confirm they are looking into the allegations. “We are aware of the Facebook posting and have opened an investigation into the matter,’’ Somerville Police Deputy Chief James Stanford tells the Globe, adding that anyone with information is encouraged to come forward. “This is an active and ongoing investigation and no further information is available at this time.”