After a Recount, Lori Trahan Has Narrowly Won the Third District Primary 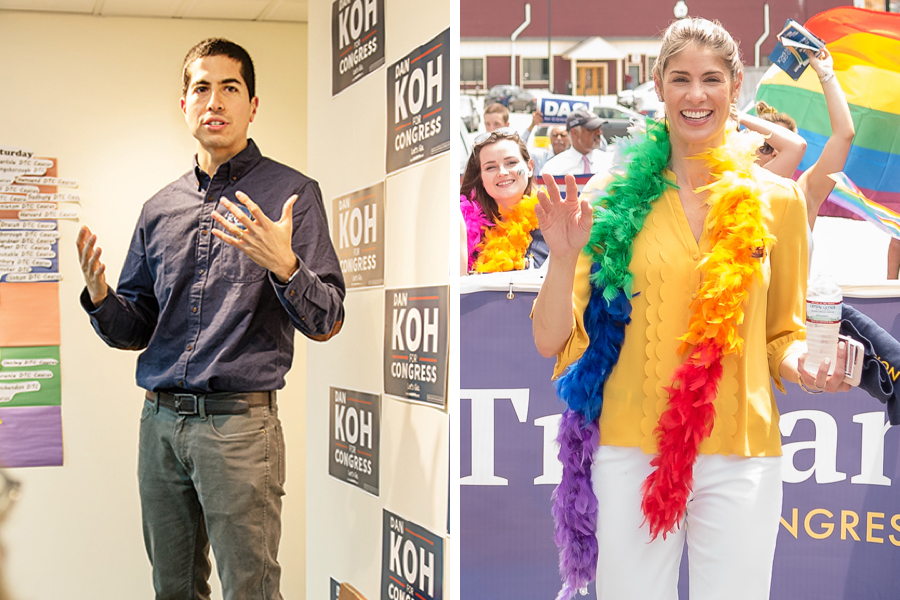 Dan Koh photo by Webb Chappell for “Koh, What a Life” | Lori Trahan photo by Tim Carter via flickr.com/Creative Commons

Both Koh and Trahan had called for a recount in the district after a razor-thin finish in the race, which initially saw the two candidates for the seat in Congress separated by only 52 votes. The recount boosted Trahan’s lead to 143.

Secretary of State Bill Galvin announced the results ahead of the release of the official final vote count on Monday, WGBH reports. Trahan, who has claimed victory since primary night on November 6, is slated to hold a press conference on the findings later this evening.

Koh conceded in a statement sent Monday afternoon. “Today, my heart is filled with love and appreciation,” Koh said. “There is no use in getting upset about the close margin—we can’t afford to. It’s time for us to unite behind Lori Trahan and to be sure this seat stays Democratic”

There it is: Dan Koh concedes in #MA3. Lori Trahan will be the Democratic nominee to succeed U.S. Rep. Niki Tsongas. pic.twitter.com/ijtAlsLMs9

The unusual end to the campaign comes after 10 candidates duked it out for the nomination to succeed U.S. Rep. Niki Tsongas, who announced she would leave Congress at the end of this term. Trahan and Koh emerged as the top two vote-getters, despite neither securing more than 22 percent of the vote—a situation that has, naturally, rekindled debate over whether we ought to have ranked-choice voting in Massachusetts, a method of tallying designed to result in one candidate having a clear majority.

It also follows Galvin’s announcement that his office would take over election offices in Lowell and Lawrence following concerns about practices in both cities.

To put things in perspective, the next representative for the Third District—an area that includes much of the Merrimack Valley and is inhabited by more than 735,000 people—has just been decided by the fewer than 19,000 people who pulled the lever for Trahan, and just a fraction of voters made the difference.