Community input will be considered before one ode to Martin Luther King, Jr. is selected. 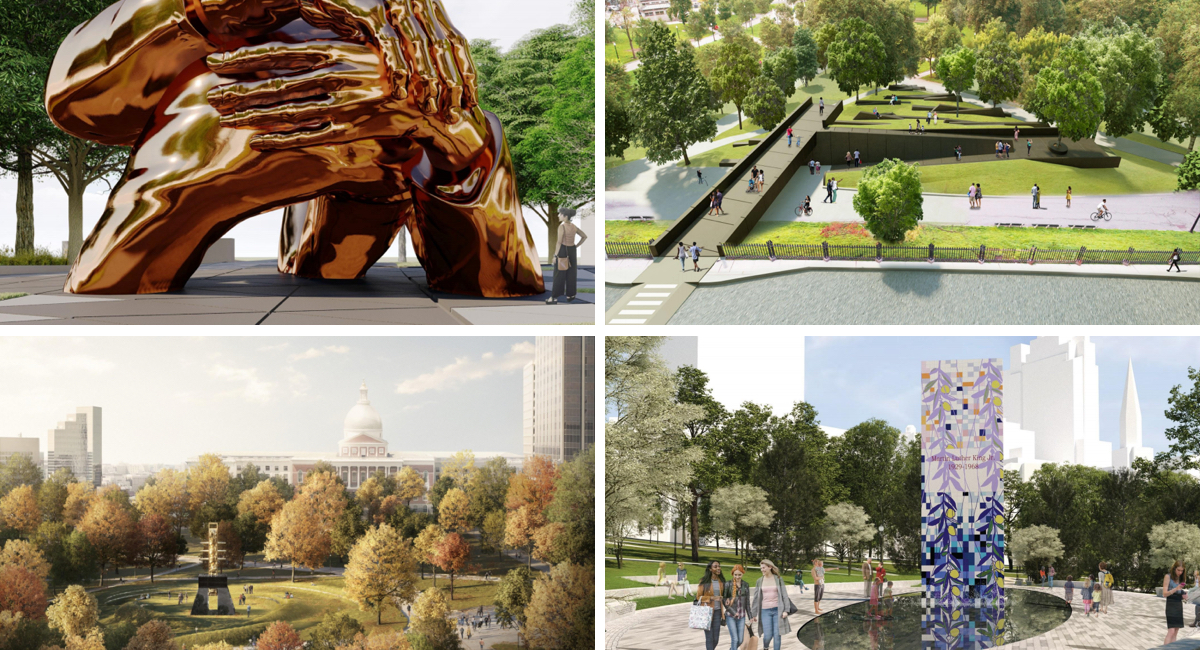 A few things are certain about the memorial that will one day be erected in Boston Common: It will be big, bold, and ambitious, and it will forever transform the park in the memory of Martin Luther King, Jr. and Coretta Scott King.

After an analysis of 126 submissions from around the world for the major work of public art, MLK Boston has announced five finalists. Whichever artist, or team of artists, has a bid selected will get the chance to add a large and interactive site to the storied park just steps away from the State House.

The designs include a massive shiny bronze sculpture depicting intertwined hands, called The Embrace, proposed by Hank Willis Thomas with the MASS Design Group, a nonprofit architecture firm. It would be located near the Parkman Bandstand, one site among many that hosted King’s rousing speeches.

The rest would be located near both the State House and The Robert Gould Shaw and Massachusetts 54th Regiment Memorial, including Boston’s King Memorial, which includes a bridge, overlook, and walkway meant to evoke King’s “I’ve Been to the Mountaintop” speech. That piece, which would double as a handicap-accessible entrance to the park from Beacon Street, was designed by Adam Pendleton and Adjaye Associates with Future/Pace and David Reinfurt.

Before making a decision, MLK Boston, a privately funded nonprofit formed by entrepreneur Paul English that is working in collaboration with the city, is displaying the final designs at both the Boston Public Library in Copley Square and at the Bolling Building in Dudley Square, and accepting the public’s input through October 16 on its website. The site also offers some more information about each of the five pieces. Plans call for a memorial to be completed by 2020, with a budget of $5 million in private donations.

Boston Common could use a little bit of reimagining, and right now we have five impressive options to ponder. It’ll be exciting to see this process unfold.

Below are some of the renderings for the proposals, along with provided commentary from the artists or artist teams:

Adam Pendleton and Adjaye Associates with Future/Pace and David Reinfurt 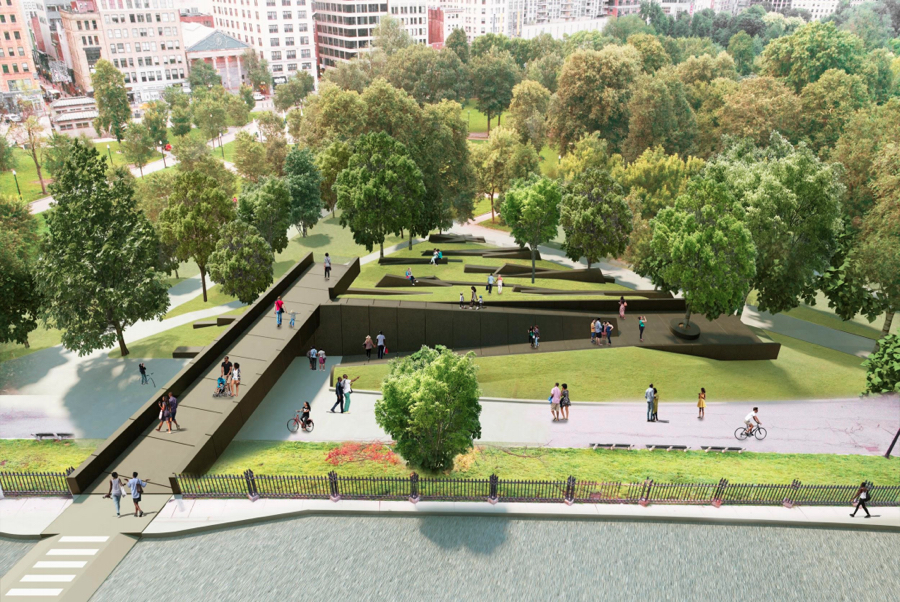 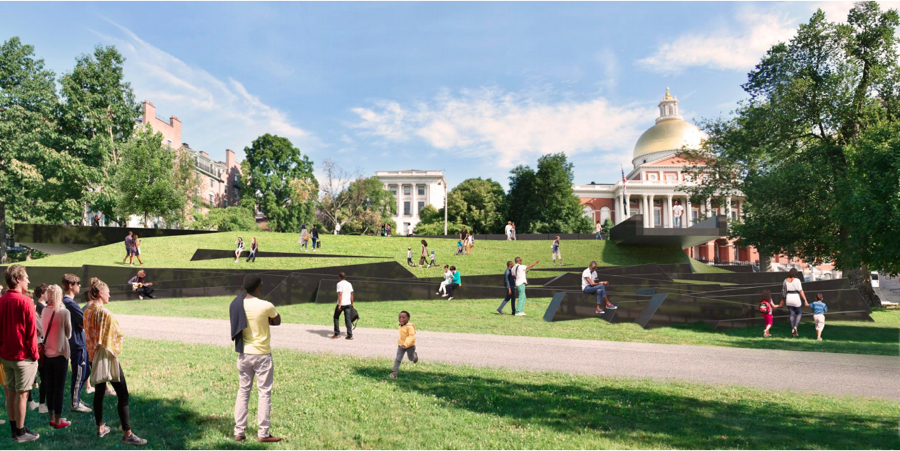 “We envision the King Memorial not as a static monument, but as an active civic experience that honors the past and inspires Boston’s current and future generations.” More info here. 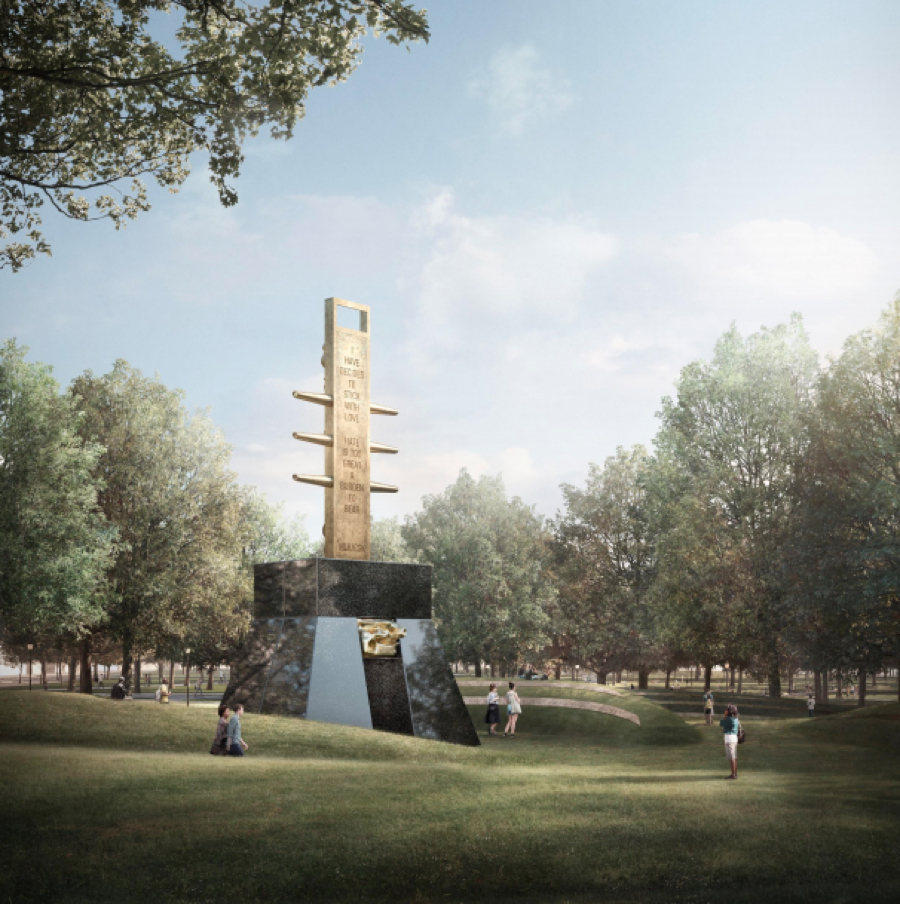 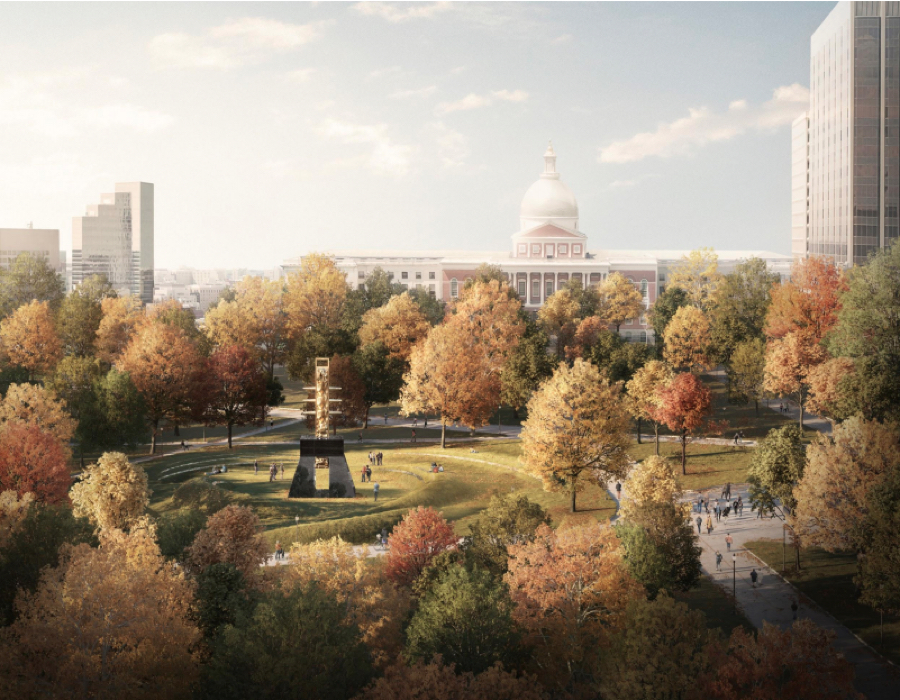 “For the Boston public, I hope that my monument will stand as a historical reminder to early biographical landmarks for both MLK and CSK.” More info here. 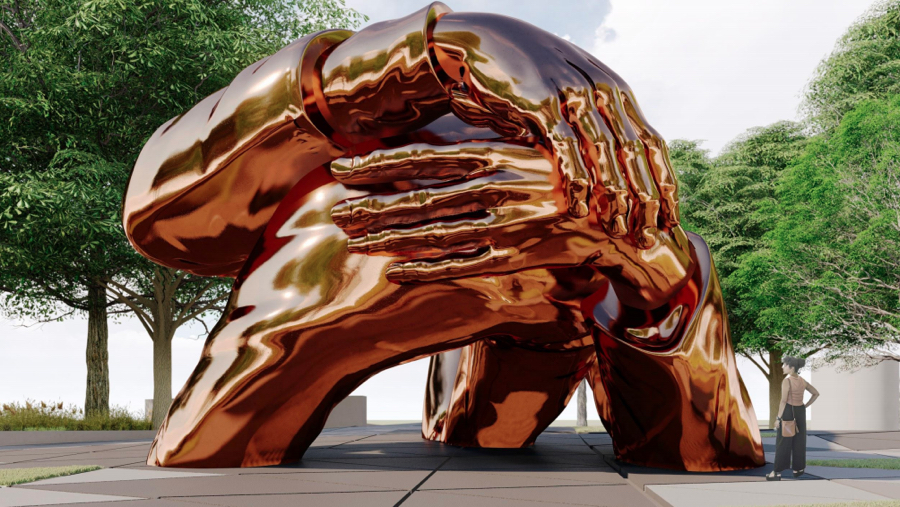 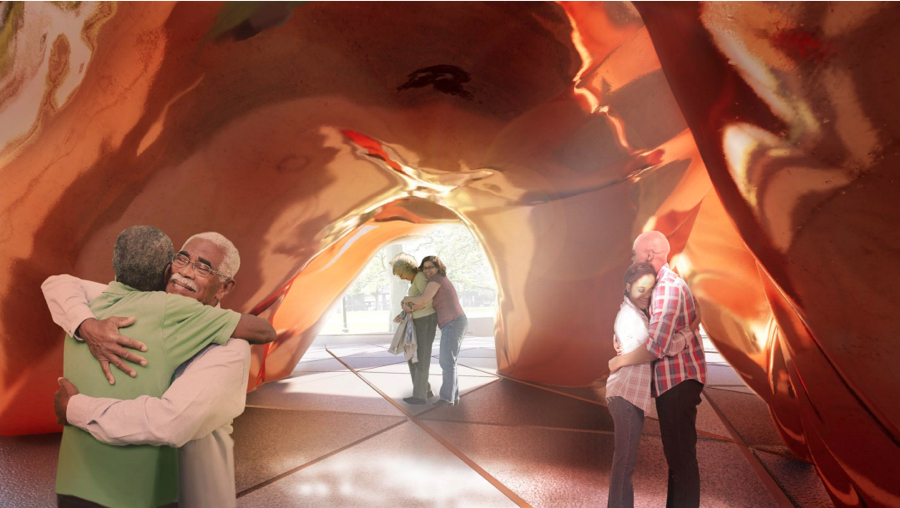 “By highlighting the act of embrace, this sculpture shifts the emphasis from a singular hero worship to collective action, imploring those curious enough to investigate closer.” More info here. 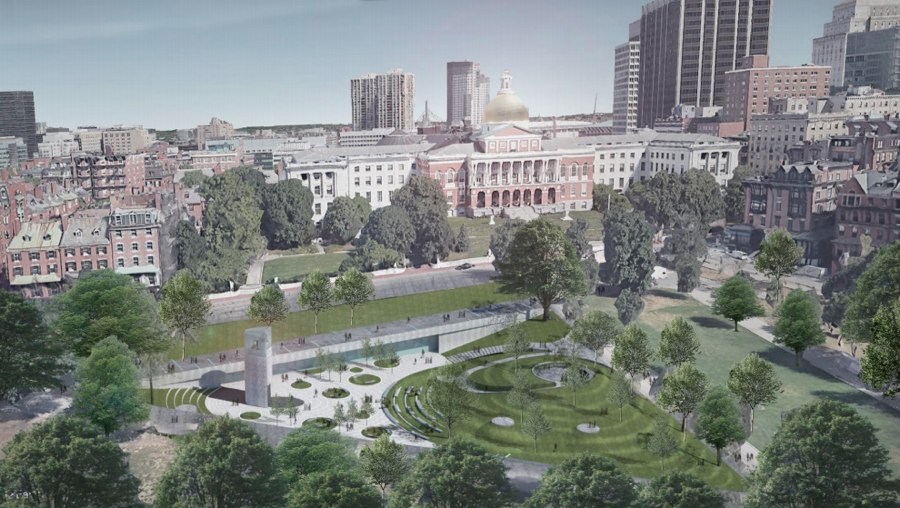 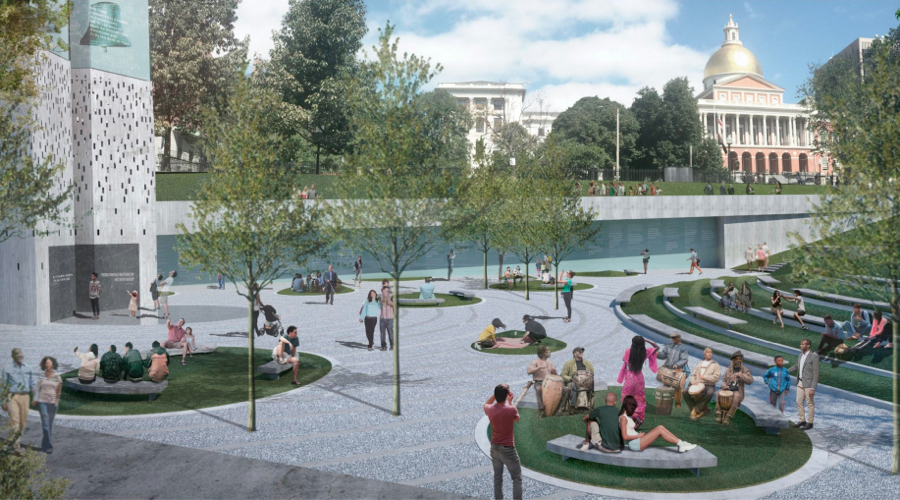 “The ultimate goal of the design scheme is to activate a complex public space in order to inspire learning, dialogue, and activism now and later.” More info here. 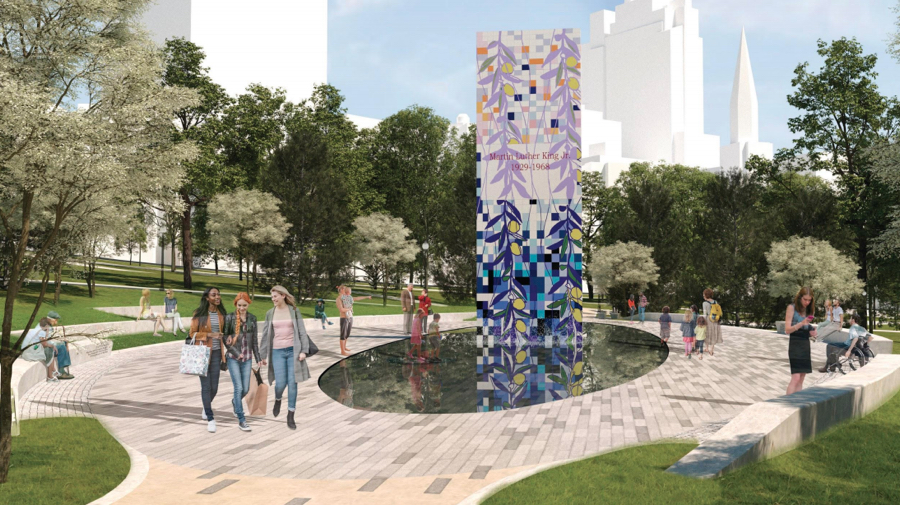 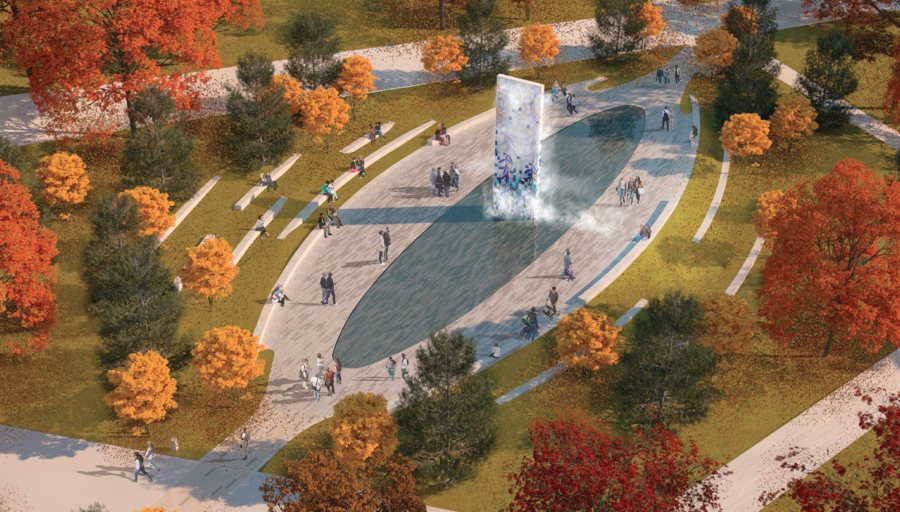 “Peace, the cornerstone of their values, is central to the design of this monument.” More info here.