Joyce had been facing corruption charges. 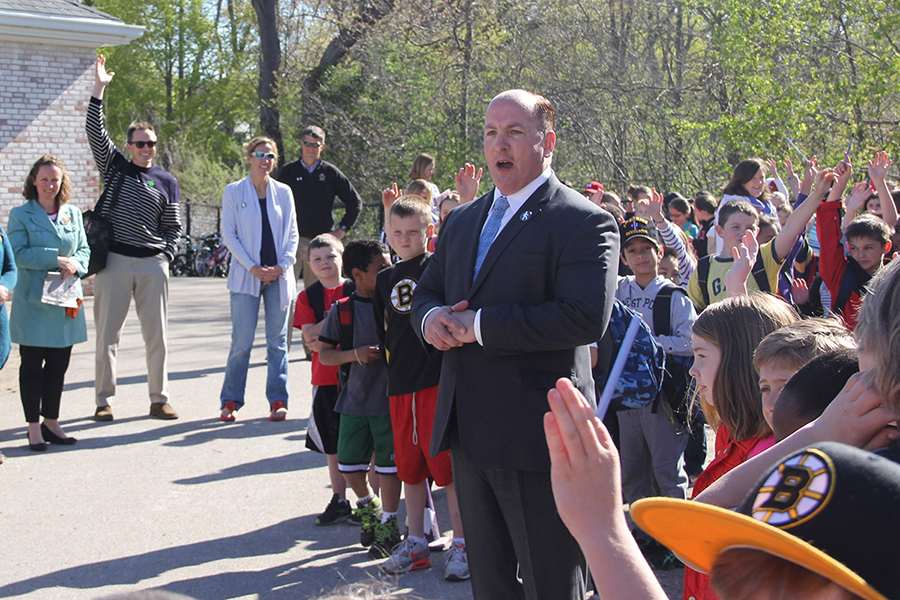 His death is not considered suspicious, the Bristol County District Attorney’s Office says. He was 56 years old.

Joyce, a Democrat, announced in February of 2016 that he would not seek re-election to the Senate amid allegations that he had received somewhere in the neighborhood of $1 million illegally in exchange for political favors since 2010. He had represented the Norfolk, Bristol, and Plymouth district.

The announcement came days after federal investigators raided his Canton law office. He went on to plead not guilty to 113 counts, which included racketeering, extortion, mail fraud, wire fraud, money laundering, and tax evasion. He had been awaiting trial, and his next court date was scheduled in November.

Joyce was reportedly involved in a car crash on Wednesday night. His wife discovered his body the following day in their home, the U.S. Attorney’s Office says. Any link between the crash and his death Thursday has not been established. A medical examiner will conduct an examination, including a toxicology test.

“We extend our condolences to Mr. Joyce’s family and friends as they grieve his passing; we will not have any further comment during this difficult time,” U.S. Attorney Andrew Lelling said in a statement.

“Governor Baker and Lt. Governor Polito extend their deepest condolences to the Joyce family during this difficult time,” the governor’s office said in a statement. Senate president Karen Spilka also expressed her condolences.

I’ve just learned of the sudden death of former Senator Brian Joyce. As authorities handle the appropriate investigations, my thoughts are with his family.