Kavanaugh has taught at Harvard Law since 2008. 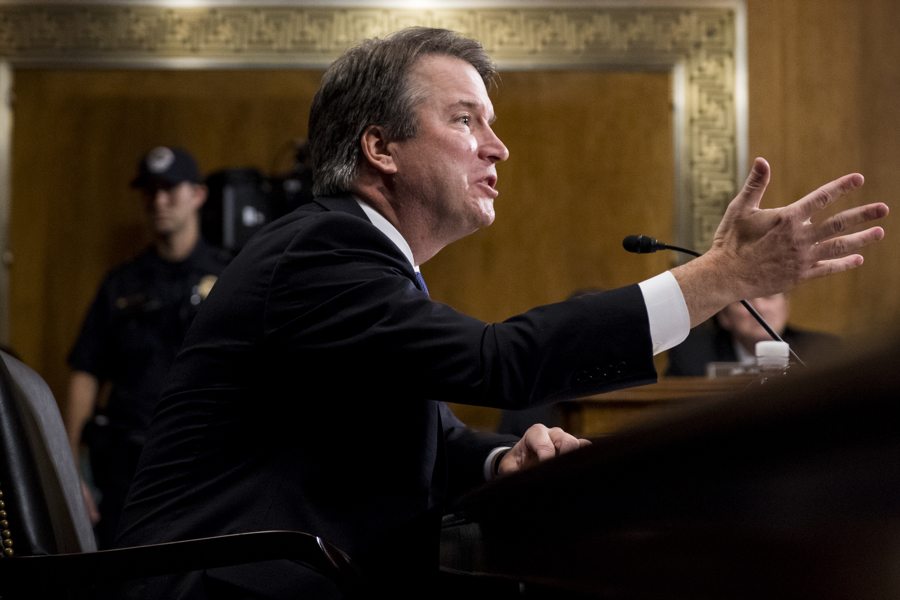 Among the many apparent consequences Judge Brett Kavanaugh will face if he is not given a lifetime appointment to one of the most powerful jobs in the world is that his days teaching at a prestigious law school may be over.

But some students at Harvard Law, where he has taught as a lecturer since 2008, don’t seem to mind.

Campus newspaper The Harvard Crimson reports that when students in Harvard Law classrooms heard Kavanaugh say during Thursday’s hearing that he “may never be able to teach again,” many of them “applauded” and “burst into cheers.”

They were reportedly responding to this piece of Kavanaugh’s testimony, in which he notes that many Harvard Law alumni had endorsed his selection for the Supreme Court: “In a letter to this committee, my former students — male and female alike — wrote that I displayed ‘a character that impressed us all,’” he said at the hearing. “I loved teaching law. But thanks to what some of you on this side of the committee have unleashed, I may never be able to teach again.”

Kavanaugh, who has been credibly accused of sexual assault as a teenager, said his reputation has been marred forever by the accusation, from California professor Christine Blasey Ford. Angry and teary-eyed, he told members of the Senate Judiciary Committee that the allegations (which he denies) and the subsequent dredging up of his history mean he could be shunned professionally, and might also no longer get to coach girls’ basketball.

Harvard has not said whether Kavanaugh will return to teach at the law school. He’s scheduled to lead a course beginning in January.