Jeff Flake, a Crucial Vote in the Kavanaugh Nomination, Will Be in Boston Monday

He's scheduled to appear at the Forbes Under 30 Summit. 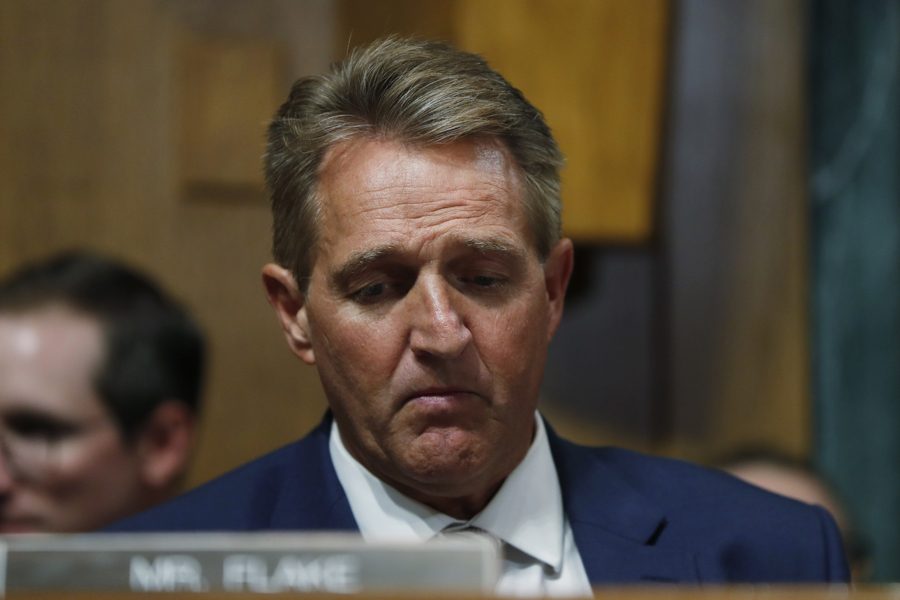 Update, 9/28/18, 6:30 p.m.: Emerson President Lee Pelton has indicated Emerson is trying to cancel the event, with the following statement on the school’s website:

“The College just found out about Senator Jeff Flake’s appearance in Boston on Monday. ATG, the Colonial tenant, rented the space to Forbes, who is hosting the Forbes 30 under 30 Summit. Forbes invited Senator Jeff Flake and Governor John Kasich to a panel discussion. We are seeking to exercise our right as the owners of the Colonial to have the panel canceled for safety reasons. I will keep you updated.”

Senator Jeff Flake, whose vote is among a handful that could possibly upend the confirmation of Judge Brett Kavanaugh to the Supreme Court, will be appearing in Boston on Monday.

As part of the Forbes Under 30 Summit in Boston, Flake is scheduled to speak at Emerson’s Colonial Theater at 11:30 a.m. on Monday, a spokesman for the event confirms. Flake is slated to join Ohio Gov. John Kasich for a talk called on the “Future of the Republican Party,” moderated by Forbes editor Randall Lane. Kasich has said the Senate should conduct “a complete and thorough investigation” before voting on Kavanaugh.

Flake, a Republican whose willingness to say mean things about Donald Trump has gotten him cred from the “Resistance,” is part of a small group of senators who said they had not made up their minds on whether they would vote to confirm the conservative judge, who has been credibly accused of sexually assault when he was a teenager.

His on-the-fence status has made him a prime target for protesters, including Friday, when several women confronted him in an elevator and shared their own stories of having been sexually assaulted.

A sexual assault survivor just confronted Jeff Flake (who just announced he’s voting for Kavanaugh): “Don’t look away from me! Look at me and tell me that it doesn’t matter what happened to me, that you will let people like that go into the highest court of the land” pic.twitter.com/Jix2BI090B

Flake said Friday he planned to vote in favor of advancing Kavanaugh’s nomination out of the Senate Judiciary Committee, teeing up a final vote in the full Senate by early next week.  He told the Associated Press he thought Kavanaugh deserved the “presumption of innocence … absent corroborating evidence.”

Then he dropped a bombshell, calling for a delay of up to one week to allow the FBI to investigate.

So if you had something to say about all of this, your last chance to make your voice heard by someone who could actually do something about it could be taking place Monday morning in downtown Boston.