The Pointlessness of That Aggressive Cambridge Skatepark Arrest 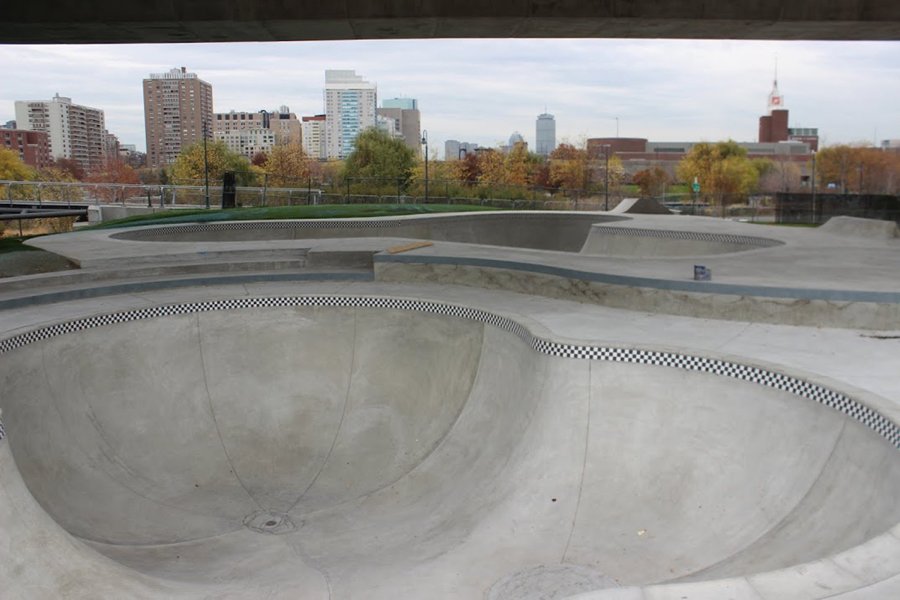 Update, October 5: Per the Boston Globe, charges have now been dropped against both skaters.

Two men with the audacity to keep doing a state-sanctioned activity in a brightly-lit public park in the evening had one hell of a time with state police at the Lynch Family Skatepark in Cambridge on Sunday. One is facing a charge for resisting arrest. And for what, you might ask?

A lot of people, including but not exclusively the skating community, are asking that very question right now after video of the pointless, needlessly aggressive arrest of a local skateboarder was shared far and wide this week.

The clip shows a relatively calm 27-year-old Derek Hanlon demanding to know why he is being corralled by a state trooper, who is trying to place him in handcuffs. Then it shows the trooper flipping Hanlon in the air and dropping him face-first onto the concrete.

According to a police report, troopers told the skaters “6 to 8 times” before the on-tape confrontation that they were in the park after dusk and had to leave, but Hanlon didn’t obey their commands:

The Trooper observed one person continuing to skate despite the repeated requests to leave. The Trooper began a conversation with that person, later identified as DEREK HANLON, 27, of Boston, and again informed him numerous times to leave the park. HANLON continued to refuse to leave, leaving the Trooper no choice but to arrest him. As the Trooper attempted to place HANLON into custody, the defendant continually resisted while approximately 30 other skaters began to move closer. The Trooper then took necessary action to overcome the defendant’s resistance and make the arrest quickly before the situation escalated further. Fortunately, neither the Trooper, nor the defendant, nor any bystanders were injured by the defendant’s refusal to comply with the Trooper’s directive.

A second person, 24-year-old Askia Burns, was also arrested for trespassing. Police say both were booked and released on $40 bail. They were arraigned Monday. NECN reports Burns’ charge was dismissed, but he was ordered to pay a $100 fine. Hanlon is due back in court later this month.

You may think it’s a ridiculous and over-the-top move to perform martial arts on a basically polite guy who is only resisting arrest by an extremely loose definition of that term, and who had no business being arrested in the first place. And it is. But the situation gets even sillier than that.

As it turns out, Hanlon and the crowd of other skateboarders had pretty good reason to be confused about when exactly it was OK to keep doing their hobby in a place provided to them by their community and which they pay for with their tax dollars.

While the policy at the skatepark has been that it closes at dusk, new flood lights were erected for the facility last week, a $200,000 project designed to allow it to remain open until 9 p.m. Those are the hours that the Charles River Conservancy lists on its website. The arrests in question happened at 8:26 p.m. Technically speaking, though, the policy does not take effect until “signs have been posted,” per a statement from the DCR to the Globe.

The lights at Lynch Family Skate Park are officially up and running, thanks to @CambMA and @MassDCR!! As the days get shorter this fall, skaters will get to skate into the evening. pic.twitter.com/BepaVL7gIX

In a tweet, the Charles River Conservancy wrote that it was “disappointed to hear about the incident at the Lynch Family Skatepark over the weekend,” but said the Department of Conservation and Recreation would be “updating signage soon to reflect these [hours].”

So long story short, two young men who weren’t hurting anybody ended up in police custody, and one could have a mark on his record permanently, thanks to a signage technicality and the suspect decision-making of a state trooper.