Make Way for Electric Scooters in Boston This Spring

Boston's City Council is chewing over a pilot plan that would let Bird and its ilk return. 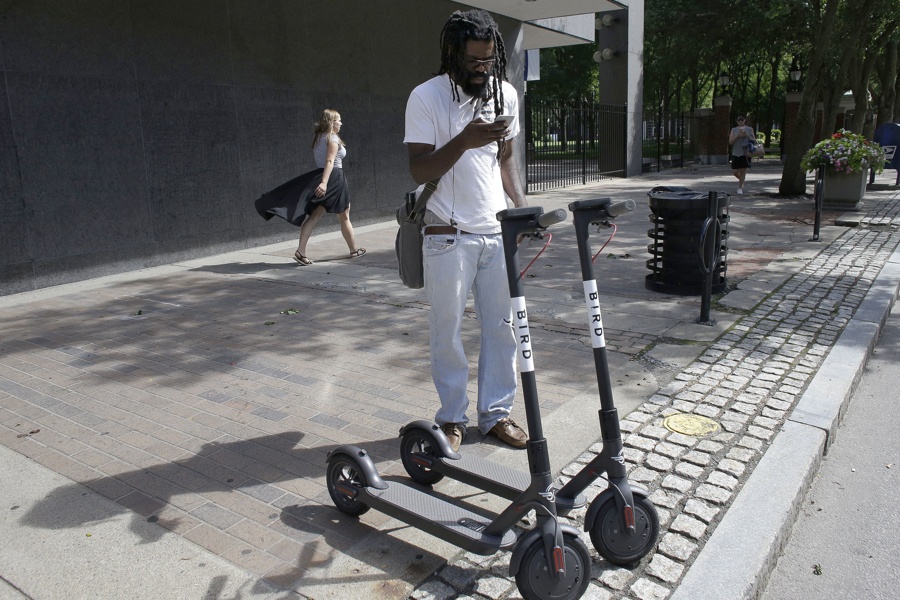 Maybe you love them. Maybe you hate them. Maybe the very sight of them parked on a sidewalk inspires the urge to decapitate them or heave them into the raging sea.

Whatever your thoughts on dockless electric scooters, you may get another chance to cross paths with them in 2019.

Boston’s City Council has begun chewing over the possibility of an e-scooter pilot program here, and discussed the issue at a Monday hearing with three of the biggest operators of the devices: Bird, Lime, and Lyft.

At my hearing on electric scooters and micro-mobility. Excited to hear that the city hopes to implement a pilot program by the spring of 2019. #bospoli #mapoli pic.twitter.com/KdiYeotDoZ

“We’re giving folks an opportunity to move around the city, remove cars from the street, remove congestion from our roadways and it’s something that we ought to embrace,” City Councilor Matt O’Malley said at the hearing, which he called, according to the Boston Herald.

E-scooters showed up out of the blue in Somerville and Cambridge this summer when Santa Monica-based Bird plopped them on the cities’ sidewalks without warning and invited residents to rent them via an app. The experiment was short-lived, however, and Bird eventually pulled out of the area under pressure. Although they weren’t officially operating in Boston, some of them did trickle across city lines, and Mayor Marty Walsh made his thoughts on Bird scooters clear: “If they drop them off here, we’re going to pick them up off the street and they can come pick them up at the tow yard,” he said over the summer.

So a pilot next year would be a chance for the company and its competitors to try again, this time with the city’s blessing. Cambridge officials held a similar hearing last month, and the possibility has been raised of a multi-city pilot program.

There are still a few hurdles, though. According to state law, motorized scooters are required to have blinkers and break lights, meaning the devices used by Bird are technically illegal. The law might make a lot more sense for Vespas than the modern electric scooters that have popped up around the country, but those are the rules. Either the law has to change, or the scooters do. So stay tuned.

Or, feel free to take my advice on this one: Swallow your pride and just get a motor-free kick scooter of your own. Trust me.