Did the Astros Cheat During Game 1 of the ALCS with the Red Sox? 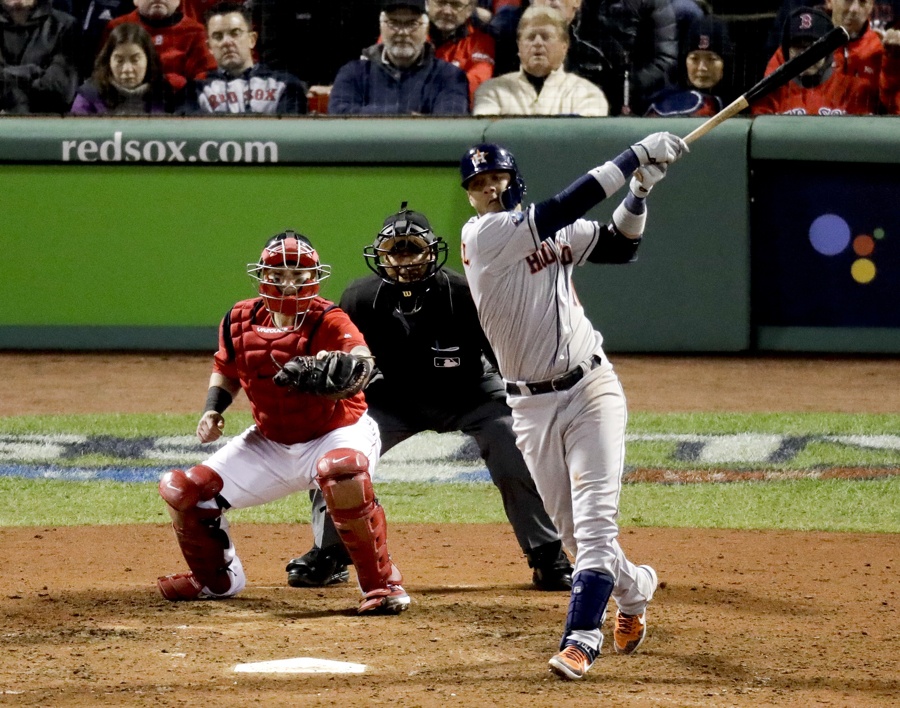 Something sketchy went down at Fenway during Game 1 of the ALCS. But did the Astros cheat? That’s the big question right now.

Allegations against the team were first reported by Metro Boston yesterday, which got a tip that someone from the Astros clubhouse had been spotted hanging out in the press-designated next to the Red Sox dugout—a place he very much does not belong.”The man had a small camera and was texting frequently, but did not have a media credential,” Metro‘s Danny Picard reports.

Fenway security confronted the staffer, identified by Yahoo! Sports as a man named Kyle McLaughlin (who isn’t listed on the Astros staff but has been seen in an Astros ID badge), and asked him to leave the area.

Making matters more suspicious, McLaughlin may have already been on the team’s mind, as the Cleveland Indians are believed to have warned the Sox ahead of time to keep their eyes on the guy, according to Yahoo!. The Indians have filed a complaint with the MLB about the Astros over an incident of suspected cheating during Game 3 of the ALDS.

The Astros have denied the accusation that there was any intent to cheat by, say, trying to crack the hand signals the Sox were using to communicate. Instead, the line is he was prowling around near the dugout to make sure the Red Sox weren’t cheating, or at least that’s what a source is telling Forbes. The MLB has since closed its investigation into the matter, per Forbes.

Meanwhile, Red Sox Manager Alex Cora says he’s not losing sleep over the incident, and isn’t linking it to the team’s 7-2 loss to the Astros.

“I think thats an MLB issue so they’ll do what they have to do.” Asked if he’s concerned about signs being stolen, he said, “I’m always concerned about that throughout the season. We do a good job changing sequences and paying attention to details and we don’t get caught up on the whole paranoia thing. We try to slow it down and if we feel there’s something going on, we try to switch the signs.”