In a challenge to their mascot's identity as a "non-binary leftist icon," the Philadelphia Flyers stayed a hotel where Boston workers are on strike. 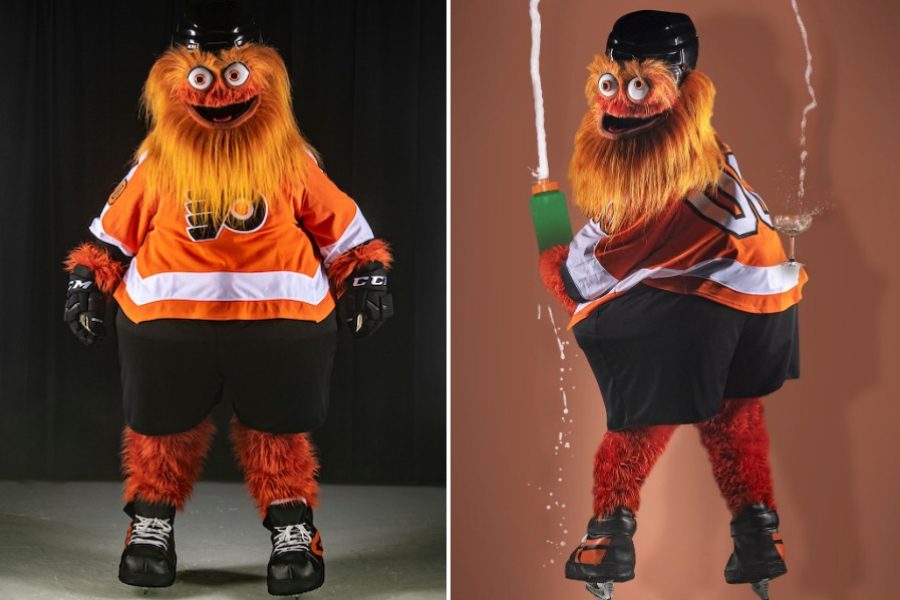 The latest team to catch flak for crossing a picket line at a Boston hotel during an ongoing strike is the Philadelphia Flyers, who were spotted checking in at the Ritz-Carlton Thursday, and right now all eyes (googly or otherwise) are on the polarizing mascot.

The @NHLFlyers just crossed the Ritz-Carlton picket line in Boston.

How does Gritty play into this? You see, the orange, slack-jawed hockey demon is more than just a big puffy… bear? on skates. For whatever reason, Gritty became a symbol for Philly’s activist left, which has something to do with the vibe of anarchy and rebellion he projects. His visage has been found in anti-capitalist memes online and on signs during protests. An explicitly pro-union Twitter account has been set up in his honor, called Fellow Worker Gritty, and it already has nearly 10,000 followers. A petition calling for a mural of controversial former mayor Frank Rizzo to be replaced with one of the orange monster has been signed more than 3,500 times.

Yesterday, when Philadelphia formally welcomed Gritty in a ceremony, its City Council acknowledged Gritty’s status as an icon for the scrappy and proud city and its brand of grass-roots activism. “While the initial reaction to Gritty’s entry into the public eye was negative, he has persevered and become an icon of hope and resistance,” an official resolution reads.

To be fair to Gritty, he was probably not joining his colleagues in Boston, as mascots generally don’t travel with their teams. But if he’s supposed to be Philly’s moral compass and a beacon of resistance, how did he let his players (who are themselves unionized, remember) do such a thing? What happens when your hero, once dubbed a”non-binary leftist icon,” turns its back on your cause?

If you ask Brian Lang, the president of Unite Here Local 26 in Boston, it’s time for pro-union activists to realize that the lovably grotesque monster-of-the-people was never actually on their side.

“If Gritty was real, Gritty never would have let his team go through the picket line,” Lang says. But of course, he’s not real. He’s a guy in a suit, designed and paid for by a for-profit business for… profit.

“It’s a symbol that has been fabricated by a greedy organization to manipulate the sentiment, the genuine sentiment, of pride in being working class in the city of Philadelphia,” Lang says.

“Philadelphia has a rich and strong and proud history of working class people, strong unions, and working class traditions, and so [the Flyers’] management tried to capitalize on it,” he continues. “And they even have a mascot. Clearly it’s a disingenuous mascot because the decision-makers for the Flyers could give two hoots about working class struggle.”

😡 The @NHLFlyers crossed the #MarriottStrike picket line in Boston today. 😡@Marriott hotel workers are barely getting by. @NationalNurses is calling on the Flyers, and all NHL teams, to stand with working people and stay at a @aFairHotel instead.#PHIvsBOS #NHLBruins #1u pic.twitter.com/RjDxWSnPh8

So I decided that I probably won’t be gritty for halloween after all. Basically the Flyers decided to cross Boston’s hotel picket line and while I don’t put this on Gritty™️ since he’s just a leftist projection of their mascot, I’m just gonna avoid supporting the team that way rn

Gritty is antifa and the Flyers crossed the picket line. Our bar for heroes is so fucking low https://t.co/y9wQiFgMh0