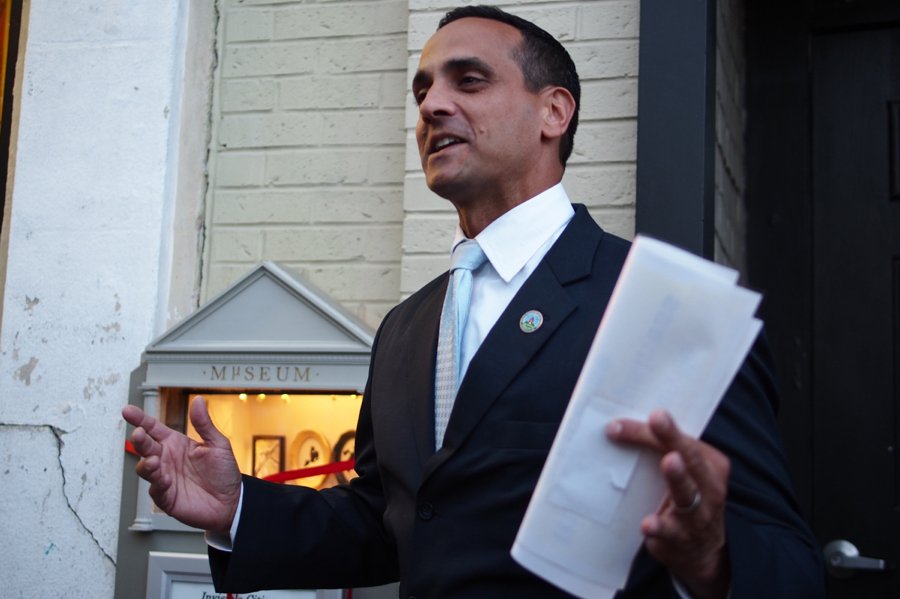 Somerville Mayor Joe Curtatone has come under fire for a tweet comparing the decals on the suspected pipe bomber’s van to “the inside of Geoff Diehl’s head.”

Curtatone’s Friday afternoon tweet about Diehl, a Republican running a long-shot campaign against Sen. Elizabeth Warren, referenced the van seized by police Friday in connection with a string of attempted bombings targeting top Democrats around the country. The windows of the van had been papered over with pictures of Trump, pro-Trump memes, and images of liberal figures with targets over their faces and bodies. Images of it were shared widely online before authorities towed it away as part of the investigation into suspect Cesar Sayoc, who was arrested in Florida earlier in the day.

“The outside of this guy’s van looks like the inside of Geoff Diehl’s head,” Curtatone, a Democrat, wrote.

The outside of this guy’s van looks like the inside of Geoff Diehl’s head. #MAGABomber #mapoli #masen2018 #vanifesto https://t.co/hRszCIhh3p

Diehl, a Trump loyalist and former cochair of Trump’s presidential campaign in Massachusetts, has condemned the comments. And now he’s making a campaign issue out of it, calling on Warren to condemn them, too.

“This is exactly what’s wrong with American politics in 2018,” Diehl wrote in a statement on his website. “This ugly statement in regard to the sobering incidents of  this week shows a lack of leadership, a lack of decorum, and a fundamental lack of judgement. It’s appalling. I am calling on Senator Warren to condemn her colleague and supporter’s comments. Her continued support for this poisonous rhetoric is unacceptable.”

“I am calling on @SenWarren to condemn her colleague and supporter’s comments. Her continued support for this poisonous rhetoric is unacceptable.” https://t.co/Q0X5HWNx2j 2/2 #mapoli

Diehl for some reason also asked for an apology from NECN on behalf of a reporter who retweeted Curtatone’s message. (Reporters routinely retweet tweets they don’t agree with or endorse).

In follow-up tweets, Curtatone defended his comments: “If you read that van, Diehl’s said versions of most of it. He brags about being full MAGA. We’re all against mail bombing, but he’s in lockstep w/ the #vanifesto. Yet now he’s clutching his pearls & playing victim,” he wrote, adding, “Geoff is really upset that people are noting he’s a brazen MAGA guy on a day where that’s become politically inconvenient for him.”

Curtatone and Diehl have previously sparred on Twitter. The Somerville mayor earlier this month challenged him to a wager: If Diehl won his race, Curtatone would agree to drink a Sam Adams beer on camera, and if Warren won, Diehl would have to record himself sipping a Slumbrew while praising sanctuary cities.

Curtatone has vowed to never drink another Boston Lager after picking a fight with Boston Beer CEO over the brewer’s words of praise for Trump. 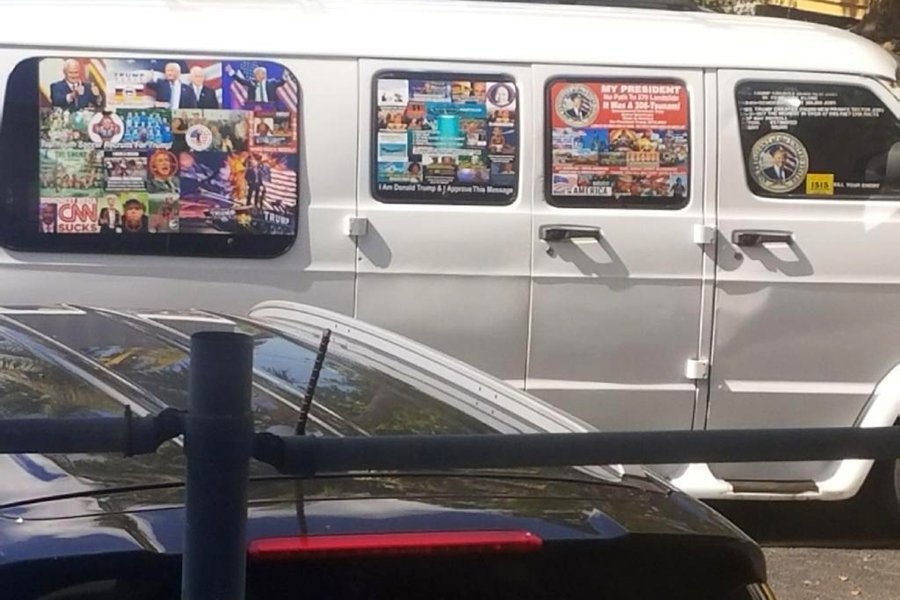 This Nov. 1, 2017, photo shows a van with windows covered with an assortment of stickers in Well, Fla. Federal authorities took Cesar Sayoc into custody on Friday, Oct. 26, 2018, and confiscated his van, which appears to be the same one, at an auto parts store in Plantation, Fla., in connection with the mail-bomb scare that has targeted prominent Democrats from coast to coast. (Courtesy of Lesley Abravanel via AP)