The Red Sox manager wants to celebrate back home. 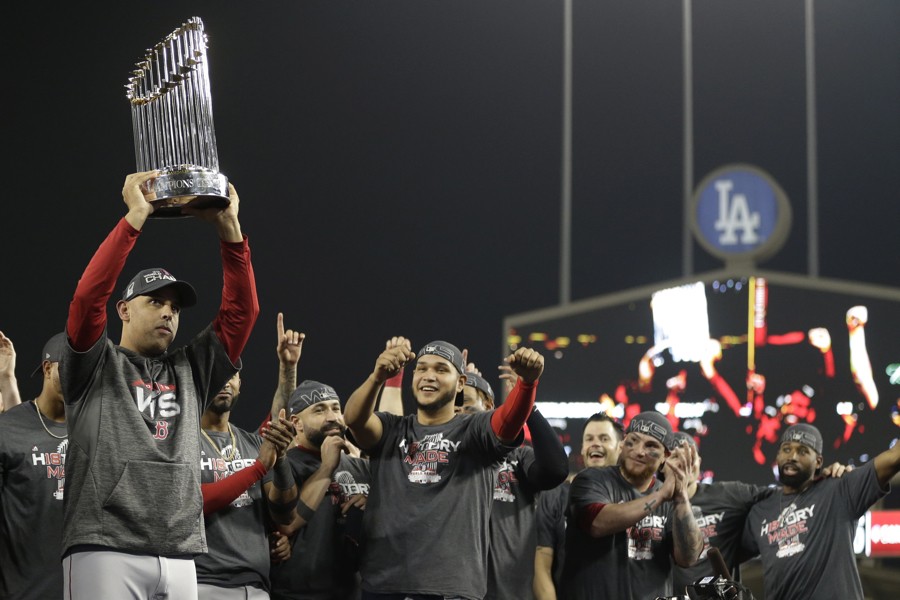 Needless to say, people are pretty thrilled with Alex Cora, the first-year Red Sox manager who led his team to a World Series victory. On Wikipedia, someone even briefly named him mayor of Boston.

So what does Cora plan to do after his incredible season, while basking in the universal adoration of Sox fans in Boston (and, apparently, in every state in the union)? Ride the duck boats, of course. But then, he wants to take his hard-earned trophy to his native Puerto Rico.

“The next thing I’m going to ask ownership is if we can take this trophy to my island,” Cora, who is from the city of Caguas in the U.S. territory, said amid celebrations in LA after the Sox’ 5-1 victory over the Dodgers.

Asked about the reaction to his win, he gave a shoutout both to the Red Sox fans celebrating back in Boston and to all his supporters watching from Puerto Rico, who he said were probably going “crazy.”

This isn’t the first time Cora has represented his home. When he signed a three-year contract with the Red Sox last year, he requested that as part of his deal a plane full of supplies be sent to San Juan in the wake of Hurricane Maria. He and Boston Mayor Marty Walsh, along with other players and Red Sox President Sam Kennedy flew there together in January.

“The next thing I’m going to ask ownership is if we can take this trophy to my island.”@RedSox manager Alex Cora is taking the World Series trophy back to Puerto Rico! pic.twitter.com/fuNtpkvj3t