Let’s Just See What the Aliens Have to Say 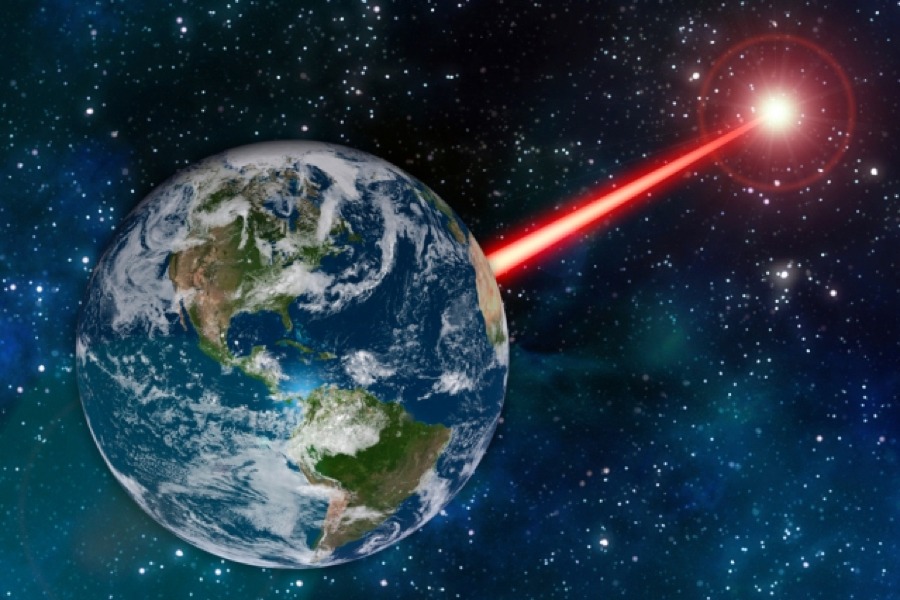 In what is either a sign of hope or sheer desperation, the local scientific community has been increasingly looking beyond the stars.

Harvard researchers saw a giant rock hurtling through our solar system and dared to dream that, who knows, maybe it’s an alien “lightsail” cruising through the emptiness of space via gadgetry we can only begin to comprehend. Maybe, they theorized in a legit scientific journal this week, it was a extraterrestrial probe.

Now MIT is joining in, and has another big idea. Graduate student James Clark has gone public with a proposal to shoot a high-powered laser into deep space to attract aliens to Earth. It would be a “beacon,” of sorts, that would alert intelligent beings far in the distance to our presence and perhaps entice them to drop by, or to chat with us via lasers of their own.

According to a report published in The Astrophysical Journal, the beam would be fired through a large telescope (we’re talking at least 100 feet across, which is bigger than any in existence), and would pack enough of an infrared punch that it could be detected as far as 20,000 light years away. If an intelligent civilization out there is looking, especially if they happen to live near Proxima Centauri, the star closest to ours, a message could get to them in as little as a four years. The beam could also potentially be used to communicate.

“While the probability of closing a handshake with even a nearby extraterrestrial intelligence is low with current survey methodologies,” reads an abstract for the study, “advances in full-sky surveys for SETI and other purposes may reduce the mean-time-to-handshake to decades or centuries.”

There would be obstacles to completing this goal, sure. Shooting an incredibly powerful laser into a gigantic telescope would be a challenge, and could be dangerous. Because it could blind anyone who happened to look at it, or scramble satellite technology, a location would have to be picked carefully to minimize harm, possibly the moon. Speaking with MIT News, Clark stresses this is just “a feasibility study,” and adds, “Whether or not this is a good idea, that’s a discussion for future work.”

You know what, I say go for it. Alert the aliens. Let’s just see what they have to say about all this. Maybe they can get here before we cook the planet past the point of no return and the Seaport is under 10 feet of sea water.

Let’s get that thing on the moon.