A hazmat response closed it briefly before it was determined to be harmless baking soda. 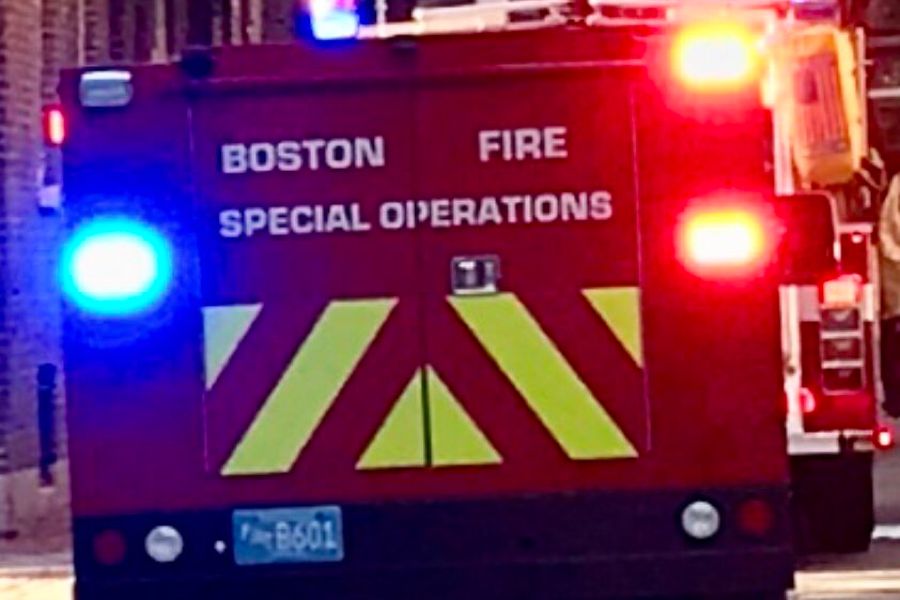 A brief scare at a Roxbury polling place Tuesday night turned out to be a false alarm, after a hazmat team determined that the mysterious white powder found inside an envelope was harmless baking soda.

Police were called to the Haynes House Apartments building at 735 Shawmut Avenue at around 4:45 p.m., a department spokesman says.

A poll worker reportedly saw a white powdery, possibly glue-like substance inside an envelope along with an absentee ballot and called police out of an abundance of caution. A hazmat team from the Boston Fire Department responded and determined the substance was baking soda. The polling place re-opened around 5:15 p.m.

The Boston Herald reports a warden was taken to a hospital for observation just to be safe. A Herald photographer capture firefighters carrying something out of the building in a plastic bag.

Police may be looking into the matter further, but they say there was “no threat associated” with the envelope or the substance and the incident is not suspicious.

#BPDUpdate: Polling location at 735 Shawmut Ave in Roxbury has been reopened. HAZMAT Unit has given the all clear and the found substance appears to be innocuous and not suspicious in nature.

Haz-Mat Response to 735 Shawmut Ave. Roxbury at approx. 4:40 PM for an unknown powder substance. Substance confirmed to be non-hazardous/baking soda. Baking soda was located inside an envelope with an absentee ballot. This is a polling station. @bostonpolice investigating. pic.twitter.com/acKglUt59p