After Sessions’ Resignation, Boston Will Join Nationwide Rally for the Mueller Investigation

A rally is planned on Boston Common. 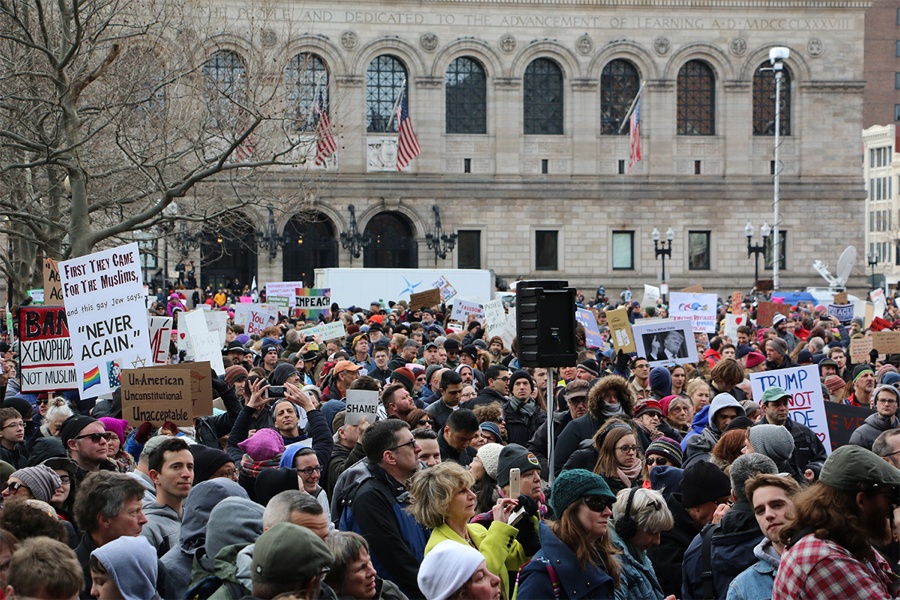 In an effort to raise Hell about the forced resignation of Jeff Sessions and what it might mean for the Mueller investigation, Boston is joining nationwide protests Thursday with a 5 p.m. rally on Boston Common.

President Trump announced Wednesday that the attorney general would be stepping down and that Sessions aide Matthew Whitaker, an outspoken critic of Robert Mueller’s probe of Russian influence in the 2016 election, would be taking his place. The move has sparked concern that Whitaker would end or hamper the investigation.

Organizers have been ready to go for a while now. The day of action organized by the nonprofit progressive group MoveOn an dubbed the “Mueller Protection Rapid Response” had been pre-planned in the event Sessions was pushed out of office. Trump had been widely expected to fire Sessions after Tuesday’s midterm elections.

By Thursday morning, more than 1,000 people said on a Facebook page for the event that they planned to attend, and more than 3,200 said they were interested.

The page ratchets the perceived threat of the Sessions firing up to 11. “THIS PROTEST HAS BEEN ACTIVATED,” a Facebook description reads. “Trump’s ouster of AG Sessions and replacing him with Trump toady Matthew Whitaker is clearly a move to interfere with the investigation of Russia’s attack on the 2016 election.”

Protesters’ demands include having Whitaker recuse himself from overseeing Mueller’s investigation, and for Congress to protect the probe with legislation. The apparent slogan for the event: “You Can’t Fire the Truth.”

A website run by MoveOn.org lists hundreds of similar protests around the country, including in 43 Massachusetts cities and towns.

“Donald Trump just crossed a red line, violating the independence of the investigation pursuing criminal charges in the Trump-Russia scandal and cover-up,” organizers wrote on the site. “Trump putting himself above the law is a threat to our democracy, and we’ve got to get Congress to stop him. We’re mobilizing immediately to demand accountability, because Trump is not above the law.”

The rallies will put Massachusetts in the uncomfortable position of, even obliquely, arguing that Jeff Sessions should keep his job. There has been no love lost here for the attorney general, architect of the Trump administration’s family separation policy at the border, which also ignited protests in the state. Last month, when Sessions dropped by Boston to speak to a local branch of the Federalist Society about religious liberty, two local pastors interrupted his speech, read him Bible verses, and urged him to “repent,” before they were led out by police.