Two testing facilities are ready to go. It's the home stretch, people. 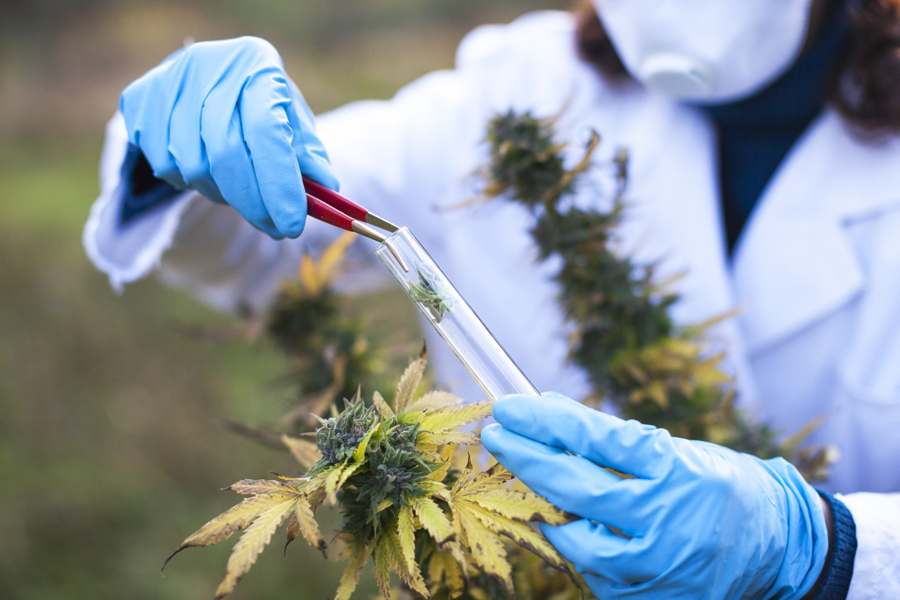 Recreational pot shops are, like, this close to opening in Massachusetts after marijuana testing labs were given approval to begin work this week.

The state’s Cannabis Control Commission on Wednesday officially gave notices to two facilities, MCR Labs LLC of Framingham and CDX Analytics LLC of Salem, that they can commence operations. The notices allow them to start testing for potency and contamination after three days—something both labs already do for medical marijuana products. Both were given provisional licenses to test recreational weed back in August.

As you probably know if you’ve been on the edge of your seat waiting for the state’s first pot shops to finally open their doors, all the cannabis sold for recreational use has to be tested at a licensed independent lab before it can be sold. But there is another obstacle. So far three recreational pot shops have been given final licenses, but none of them can actually sell marijuana until they get a notice to commence operations. Once they do, it’ll be another couple days before the first legal joint is sold.

If it sounds like an arduous process, that’s because it is. Massachusetts has taken an exceedingly cautious approach to the roll-out of legal weed in the state, and regulators have urged us all to chill out while they do their best to get this right.

“When Massachusetts voters legalized adult-use cannabis, they communicated a desire to purchase products that are safely regulated and properly tested,” CCC Executive Director Shawn Collins said, according to the State House News Service. “The Commission has done scrupulous due diligence to make that vision a reality and ensure licensed independent testing labs maximize public health and public safety.”

Still, you can’t blame people for being impatient. Voters legalized marijuana in Massachusetts back in 2016.  Adult-use ales were initially supposed to begin in January, then lawmakers pushed the target date to July 1, which came and went, and now we’re a week into November. In the intervening two years, we’ve already gone through another election, and the entire nation of Canada legalized cannabis and has gotten a pot market up and running (although for the record our neighbors to the north are now in the midst of a serious supply crisis).

The three shops that will be first out of the gate in Massachusetts are all at least an hour’s drive outside Boston: New England Treatment Access in Northampton, Cultivate in Leicester, and Pharmacannis in Wareham.