The disgraced casino mogul wants to block the release of an investigation. 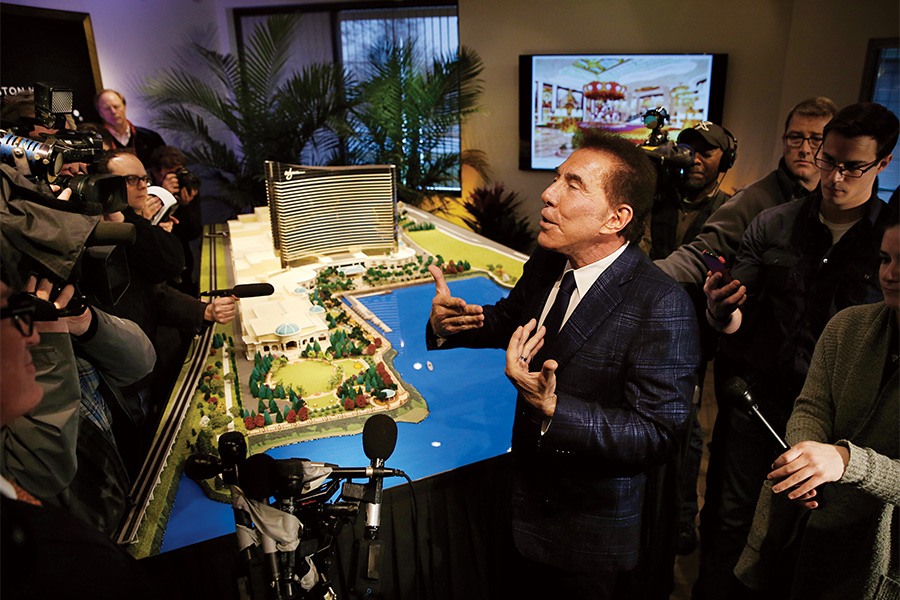 Casino mogul Steve Wynn is suing the Massachusetts Gaming Commission, hoping to block the release of a report from an investigation spurred by allegations of sexual misconduct.

Wynn, who was the driving force behind what is now called the Encore Boston Harbor casino in Everett, filed a suit late Wednesday in Nevada naming the commission, the director of the Investigations and Enforcement Bureau, and Wynn Resorts. It alleges his company improperly gave investigators confidential information, including attorney-client discussions, and acted “with total disregard for protecting the privileged communications of Mr. Wynn,” according to the Globe.

Commissioners since January have been investigating Wynn in light of allegations of sexual misconduct described in a January by the Wall Street Journal, which led to his resignation as president and CEO of his casino company. It also probes what his fellow executives knew, and when, and how they dealt with it. Investigators have already said that Wynn did not disclose to the commission a settlement of $7.5 million with a manicurist who accused him of sexual harassment.

“We were not surprised by this development,” Gaming Commission Executive Director Edward Bedrosian said at the board’s Thursday meeting, the State House News Service reports. “In fact, we had already retained local counsel in Nevada to help us litigate these issues as quickly as possible so we don’t delay finishing the report and then having an appropriate adjudicatory hearing.”

Findings from the investigation, expected to be released in early December, could determine whether the company keeps the rights to the only casino license granted in Greater Boston. Meanwhile, construction on the sprawling $2.6 billion resort along the Mystic River has continued and is just about complete. Results will not be shared with commissioners until the lawsuit is resolved.

“It is our intention to bring this matter to a swift resolution,” MGC spokeswoman Elaine Driscoll said in a statement. “The [Investigations and Enforcement Bureau] remains focused on its preparations to soon present the Commission with the full extent of its findings.”

Back when the state’s first casino licenses were up for grabs, the gaming commission had been eager to work with the Las Vegas legend, swayed by his promise of bringing Strip-style glitz to the region, and, it seems, willing to bend their own rules on his behalf.