The Citgo Sign Will (Probably) Finally Become a Landmark 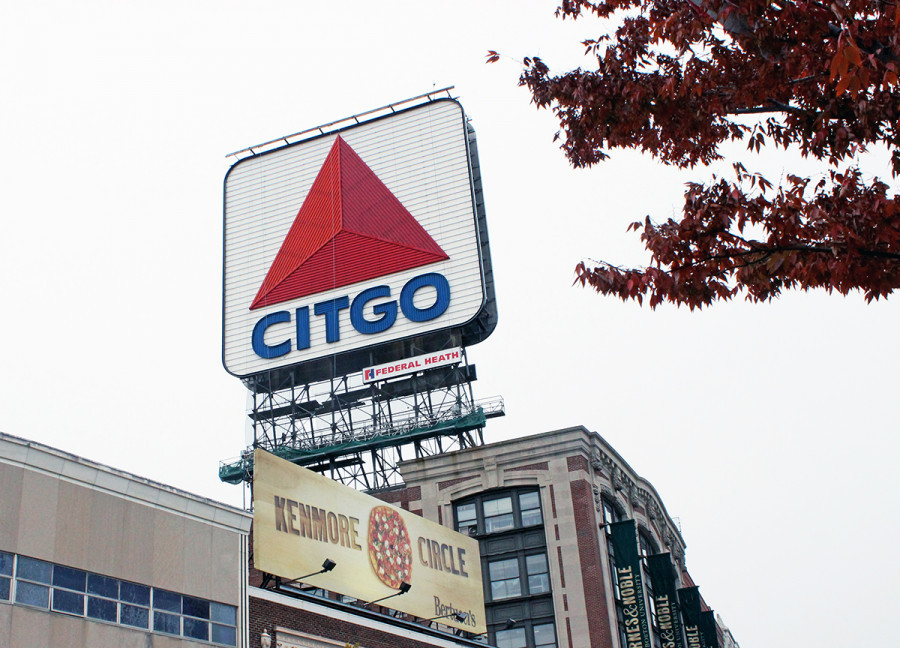 I have to believe the Citgo sign was never in any real danger. How could it have been? There’s just no way the city would let what is clearly by all but the most official definitions a landmark bite the dust, building boom or no building boom.

Forget the clichéd concerns about how we’re all ultimately worshiping an ad for a petroleum company, or that the sign is itself unnecessarily using energy to keep a giant triangle lit up all night. We’re way past all that at this point. The Citgo sign, strange as it is, is ours, and the city just took one giant step toward making sure it stays that way.

On Tuesday night, the Boston Landmark Commission voted unanimously to give it official protection via “landmark” status, a move designed to protect it in case any more concrete threats to move, alter, obscure, or destroy it ever materialize. The vote follows a lengthy discussion about what that will mean for the Fenway, a quickly transforming neighborhood that’s become catnip for developers.

There had been some panic initially when builder Related Beal bought real estate underneath the sign from Boston University, throwing its future into question, but the oil company and the firm reached an agreement last March that will keep it lit “for decades to come” (although the specifics of the deal have not been publicly released). The firm also published plans over the summer for new buildings in the area that go out of their way to, well, stay out of the Citgo sign’s way.

Mayor Marty Walsh and the City Council both have 45 days to veto the Landmark Commission’s decision if they choose to. But, I mean, come on.

So the story isn’t technically over,  but for now the sign’s many loyalists, among them marathon runners, Sox fans, photographers, painters, T-shirt makers and so on, can rest a little easier. The Citgo sign lives.

“We believe the Citgo sign is an iconic symbol of Boston, a beacon, a true landmark in every sense of the word,” Allison Frazee, the director of advocacy for the Boston Preservation Alliance, said Tuesday, according to the Boston Business Journal. “The sign clearly meets the standard for designation. We know that there are some lingering concerns, and we are confident there are solutions that we can work through, but the first step is to protect the sign.”
Spencer Buell Staff Writer at Boston Magazine @spencerbuell
sbuell@bostonmagazine.com
You Might Also Like