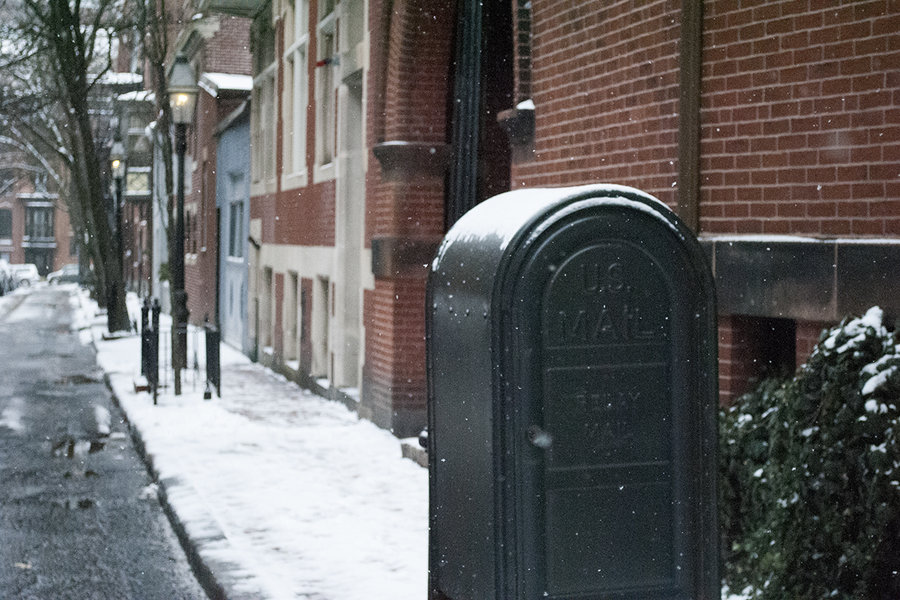 If these bitingly cold winds were an unwelcome first taste of New England winter, brace yourselves, because the first flakes of the season are about to fly in Boston.

For the unusual sub-zero temperatures felt in the city on Wednesday—with wind chills in the 20s—we can thank winds blowing lots of Canadian cold air in our direction from the northwest. But that’s got little to do with the snow, says Lenora Correia, meteorologist with the National Weather Service.

She says a separate low-pressure system is bringing snow to the area on Thursday. Forecasters now predict somewhere in the neighborhood of 1-2 inches of snow for Greater Boston, beginning around 7-8 p.m. A winter weather advisory has been issued for the area, while winter storm warnings are in effect further west.

A wintry mix of precipitation will move in across the region late today across N Conn into RI, reaching N Mass this evening. Temps will slowly rise overnight, so the mixed precip will change over to rain from SE-NW overnight, but lingering across the higher terrain. pic.twitter.com/mHUwzvOfQU

[Snowfall Update] Today’s winter storm snow totals have been increased, & Winter Storm Warnings have been issued for much of interior SNE. Snow will move into CT by 4-5 PM & into the Boston area around 7-8 PM. See the below graphics for your location. https://t.co/DkpsCt3SJh pic.twitter.com/PJsHDmpINj

It’s unclear how long it will stay snowy, though, as temperature are slated to rise, which could mean that a brief and heartwarming dusting of snow could transform into some decidedly crummier conditions. “Temperatures are going to warm up into the evening, so we may see more of a sleet-rain mix,” Correia says.

It’s a little early for snow, sure, but nowhere near a record of any kind. According to the NWS, the earliest snow recorded in Boston came on October 18, back in 2009.