The mayor says pot shops will likely open in Boston "early next year." 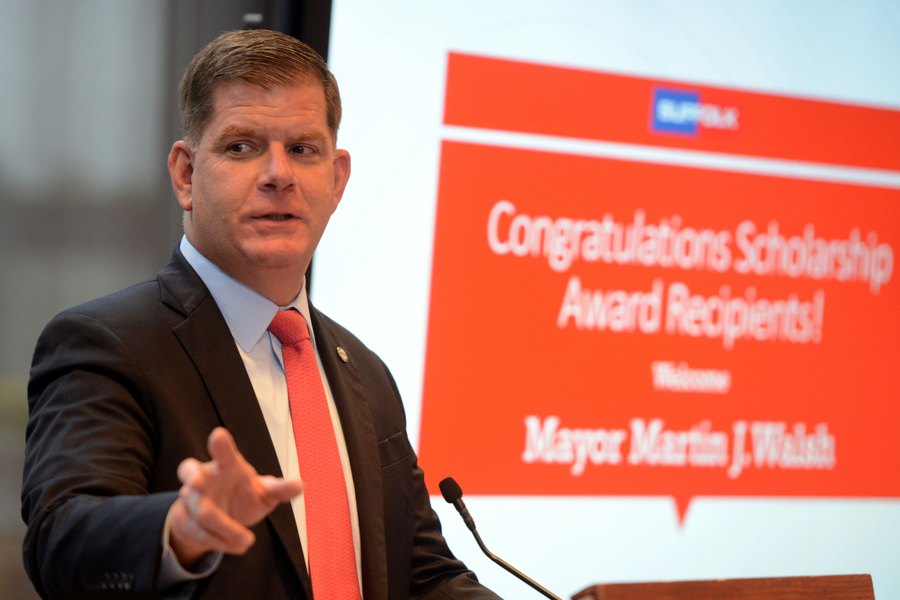 Mayor Marty Walsh, expecting that Boston will soon enter the legal marijuana market, said he hopes that the tax revenue collected is “worth the human toll.”

Walsh, a staunch opponent of marijuana legalization who campaigned in 2016 against the ballot question that cleared the way for the state’s first pot shops, conceded there is little he could do to stop stores from arriving in Boston, and said he remains concerned about the consequences of such a move.

“I hope the taxation’s worth the human toll,” he said, according to the Herald. “It’s the law now. We’re heading towards there. Boston will be opening up its very first marijuana facility probably early next year.”

Business has been booming at the state’s two recreational marijuana retailers in Leicester and Northampton since they opened last Tuesday. Combined, the shops pulled in a total of $440,000 on their first day. Lines have remained significantly long, as consumers turn out in surprisingly large numbers—so much so that Leicester officials plan to meet to discuss the unexpected enduring traffic problems the Cultivate pot shop is causing in the town.

It will still be a couple months before Boston gets its first taste of all that cannabis-derived tax money and the attendant consequences for the human race.

In Boston, a company hoping to run a pot shop, called Ascend, near TD Garden, is still several months off from opening its doors. The three shops mostly likely to open next are in Salem, Easthampton, and Wareham.

Walsh has inveighed against marijuana from a personal place. A recovering alcoholic, he has warned that making the drug more easily available could set people on a path to addiction, a claim that is disputed but forms a major pillar of the anti-legalization movement. His comments come as another prominent marijuana critic, U.S. Rep. Joe Kennedy III, has announced he is changing his tone on the drug in a big way, and is now pushing for full legalization nationwide.