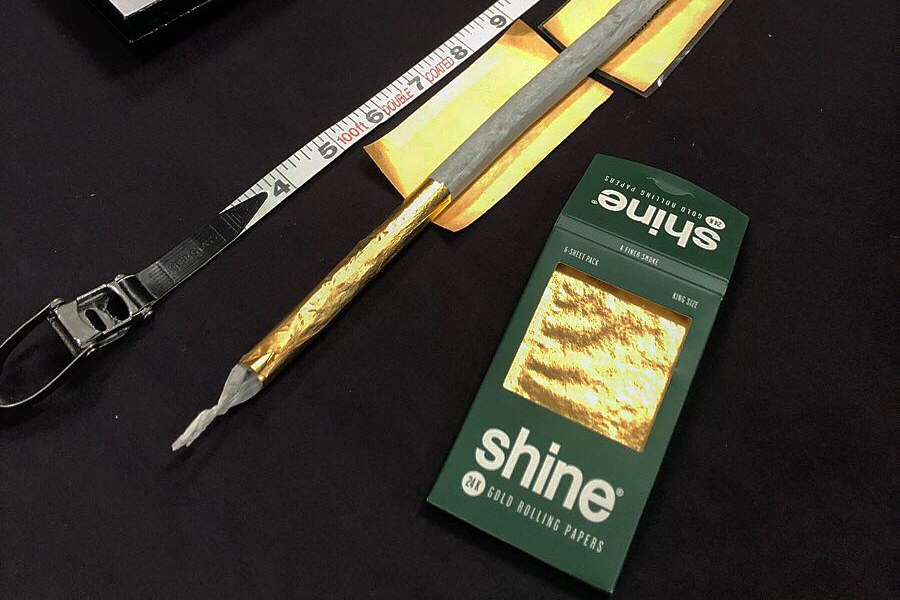 “A year has come and gone, but our mission of cannabis acceptance has not faltered,” the group says in an announcement.

Beantown Greentown, a collective of cannabis fans based in Boston with a penchant for smokable stunts (like smoking a joint shaped like former Attorney General Jeff Sessions), caught the world’s attention last December when it rolled an incredibly long doobie for the 2017 Harvest Cup in Worcester. Topping out at 106 feet long, they believe the joint set a world record, although the UK-based Guinness Book of World Records declined to certify that fact, as it does not track feats related to illegal drugs.

This time around, they’ve set their sights on an even longer one, which will be rolled in paper and then sheathed in 24-karat gold wraps made by a company called Shine Papers. It’ll require about 2.5 pounds of weed, they say.

You can see their handiwork for yourself at the DCU Center on December 15 and 16.