Dukakis Says Bush, a Foe, Was a “Wise and Thoughtful Man” 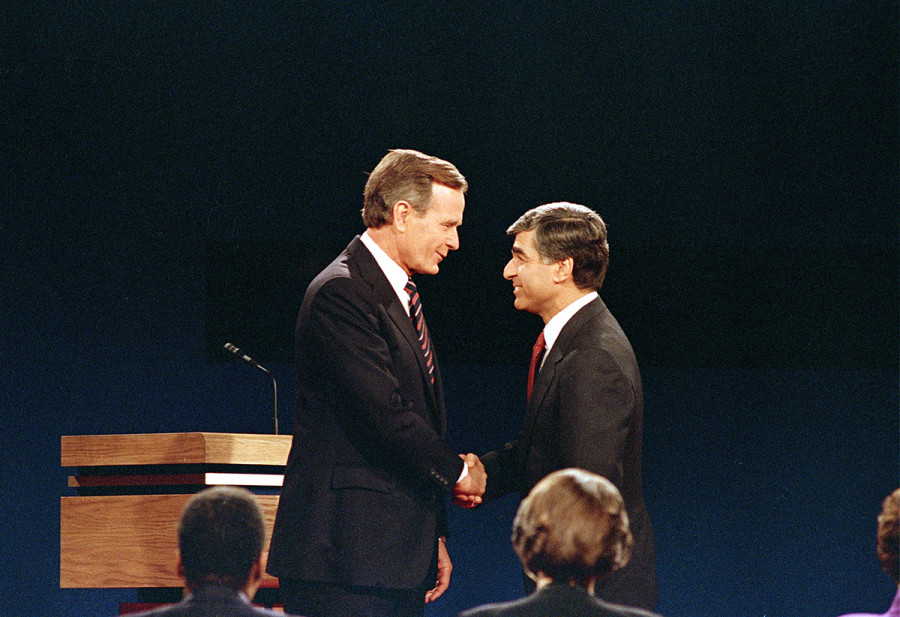 Despite their many differences, and the lingering memory of a vicious 1988 campaign, Mike Dukakis is offering praise for George H.W. Bush following the ex-president’s death at 94 on Friday.

“When it came to the international side of things, he was a very wise and thoughtful man,” the former Massachusetts Governor and presidential candidate tells the Associated Press.

It’s not like they were buddies, though, he stresses, as he and Bush butted heads on policy issues and as he still remembers his rival’s now-infamous Willie Horton attack ads that contributed to Dukakis’ loss.

Still, Dukakis gave the nod to Bush’s record overseas, saying he believes Bush’s greatest accomplishment “was negotiating the end of the Cold War” and cautioning Americans against forgetting that legacy and “heading into another stupid Cold War.”

Dukakis was not the only local figure to offer remembrances to Bush, who was born in Milton, Massachusetts and has strong ties to New England.

“President George H. W. Bush was a devoted public servant who served our country for decades in vast capacities and our hearts break to learn of his passing,” Gov. Charlie Baker said in a statement. “We will not only remember his incredible legacy as a war hero and our 41st President, but celebrate his humble, kind and ambitious spirit that will be sorely missed.”

President George H. W. Bush was a devoted public servant … we will not only remember his incredible legacy as a war hero and our 41st President, but celebrate his humble, kind and ambitious spirit that will be sorely missed.

“As servicemember, legislator, diplomat, and executive, President Bush answered the call of duty every day of his life, and the nation will forever be grateful for his service, patriotism, and integrity,” U.S. Sen. Ed Markey said, also in a statement.

President Bush loved his country and his family and was fiercely dedicated to both. He answered the call of duty every day of his life. My thoughts and prayers are with his family. pic.twitter.com/w4Q8SoyHJG

For years I’ve kept a photo in my office of me as a young Marine with @GeorgeHWBush because, for whatever political differences we have, he was an American hero more than once in his life, and his patriotism should inspire Americans for generations. pic.twitter.com/mMeQ1jbX0A

A national day of mourning is planned for Wednesday, December 5, during which most federal offices will be closed and the White House ordered government flags be flown at half-staff. The New York Stock Exchange and NASDAQ will also close.