He's expected to announce it soon, a report says. 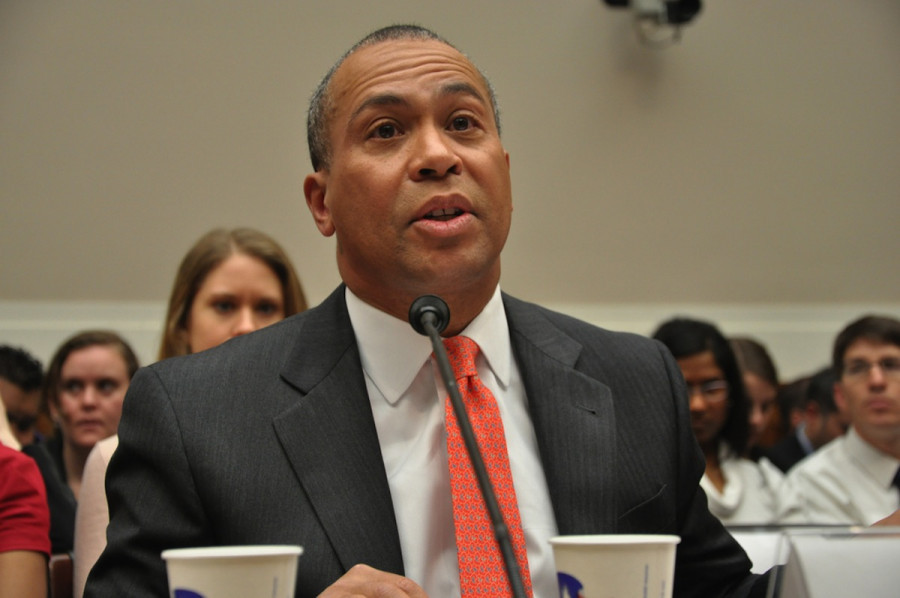 Deval Patrick, the former governor who’s been cheerleading for Democrats while working in the private sector, plans to finally set it straight: He is not running for president in 2020.

Or so he’s been telling friends and allies, according to a new report in Politico. The outlet says Patrick, who has made it onto most shortlists of contenders for the Democratic nomination, plans to make a public announcement of his non-intention to run at some point this week.

Chicago-born Patrick was governor of Massachusetts from 2007 to 2015. After leaving office, he took a prominent job at Bain Capital. Part of Barack Obama’s inner circle and seen by many as an heir to the former president’s style of politics, Patrick was in the presidential conversation by default. He stoked conversation about his White House ambitions on a series of trips supporting Democrats in contested races around the country, friends reportedly egged him on, a PAC connected to him had gotten momentum going, and he once said he was keeping the possibility of a run for president “on [his] radar screen.” But now we can apparently put that speculation to rest.

So that makes one less local vying for the chance to challenge Trump in a primary that will be here sooner than you think. Democrats are already meeting to discuss rules for primary debates to avoid mistakes from the run-up to 2016, and expect as many as 20 or more candidates to emerge next year.

So who will be among them? Most expect to see at least a few locals in the mix. Elizabeth Warren has been pretty open about it, of course. But a recent national survey from Harvard’s Center for American Political Studies and The Harris Poll found Warren was preferred by only 4 percent of respondents, trailing behind candidates that include former Vice President Joe Biden, Vermont Sen. Bernie Sanders, and Texas’ Beto O’Rourke. Other possible Massachusetts contenders include Reps. Joe Kennedy III and Seth Moulton, and former Secretary of State John Kerry.